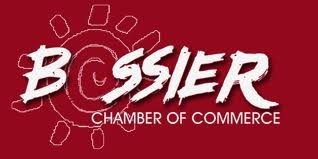 The U.S. Chamber of Commerce’s Lisa Atkins, Director of Immigration Policy, is scheduled to pay a visit to Bossier City on Tuesday, Dec. 10 at 8 a.m. at the Hilton Garden Inn.

Atkins will hold discussion on emerging immigration legislation and the effects on workforce development during the final installment of the Bossier Chamber of Commerce’s Pancakes and Politics Series. Debate on immigration reform is expected to be top priority in 2014, leading the Bossier Chamber to structure programming which educates local businesses on the changing demographics and landscape of this untapped workforce.

With the latest Census Bureau’s statistics showing an increase in the Bossier Parish Hispanic population of nearly 130% over the past decade, this series will help businesses look into the role that immigrant populations play in the economy and workforce development. Legislation reform will help to ensure undocumented workers become able fill a variety of positions across multiple industries in order to keep the economy stable.

Additionally, the U.S. Chamber will take an active role in advocating for legislation which will transform current immigration laws into those that have job-growing power and economically sound practices. Proposed solutions to current standards include Green Card Reform and Temporary Work Visa Reform which will help U.S. companies attract and compete on a global scale for talented workers in areas such as science, technology, engineering and mathematics (STEM) fields.

Also making the National Chamber’s legislation priorities are changes in the Enhanced Employment Verification System (E-Verify) and Earned Lawful Status. Systems used to screen eligible employees such as E-Verify are not a federal mandate, leaving inconsistent policy and procedures for employers looking to validate potential employees’ eligibility status. Proposed solution is to mandate a consistent format for employers to screen potential employees with inclusion of a safe harbor effort for good faith employers, ensuring that employers will not be investigated or fined when they act in good faith. Additionally, the U.S. Chamber believes that there should be a means for undocumented immigrants to be provided the opportunity to earn legal status.