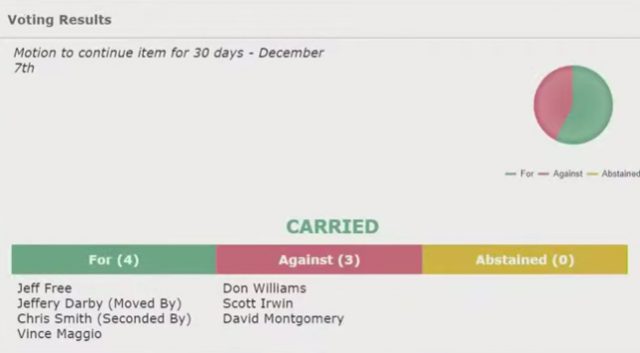 At its regular meeting on Tuesday November 2, the Bossier City Council approved a motion to continue a final decision regarding the permanent closure of the Union Pacific railroad crossing on Old Shed Road for 30 days.

The proposed closure is related to the Walter O. Bigby Carriageway project.

During Tuesday’s meeting, members of the city council and Bossier City department heads discussed the matter, with input from several of the citizens in attendance.

Bossier City Councilmember At-large David Montgomery stated, “The whole intent of the carriageway is to get people on the other side of the railroad tracks.”

Bossier City Fire Chief Brad Zagone stated, “I don’t want to talk about if you close it or not. I want to talk about time. Time is of the essence to us. To me, the quicker we can cross that railroad track, the better off everybody will be.”

On Thursday October 21, Union Pacific Railroad officials informed Manchac Engineering Group of their intent to secure an agreement with The City of Bossier City regarding whether or not they will close the crossing after the completion of the carriageway.

“Their intent is to see that crossing closed,” Rauschenbach said.

Jeffery Darby, city council member for District 2, made the motion to continue the item.

“I would like to make the motion to continue this item. I am a little concerned about business owners not being aware of what’s coming,” said Darby.

Following the council’s vote, Montgomery asked if the city attorney and the acting city engineer would meet with the Walter O. Bigby Carriageway contractor regarding the council’s decision.

“In light of this, I would recommend to Mr. Jacobs that he reaches out to J.B. James. Mr. Rauschenbach would be part of that two man team to let them know what we’re doing,” Montgomery said.

“I think it’s imperative that we be open and communicate with the contractor as to our intentions and what we’re doing. And, how we can work with them to make sure this doesn’t delay their performance under the contract we voted on,” he added.