Briggs was arrested on warrants obtained by the Bossier Sheriff-Police Financial Crimes Task Force charging her with eight counts of embezzlement. The charges are the result of the ongoing investigation that found Briggs had taken a total of $90,000 in Civic Center funds over an eight year period. The embezzlement charges are in addition to the theft and malfeasance in office charges she was arrested on last month. 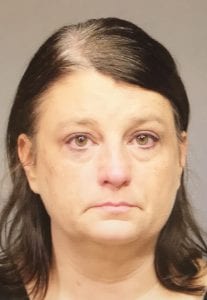