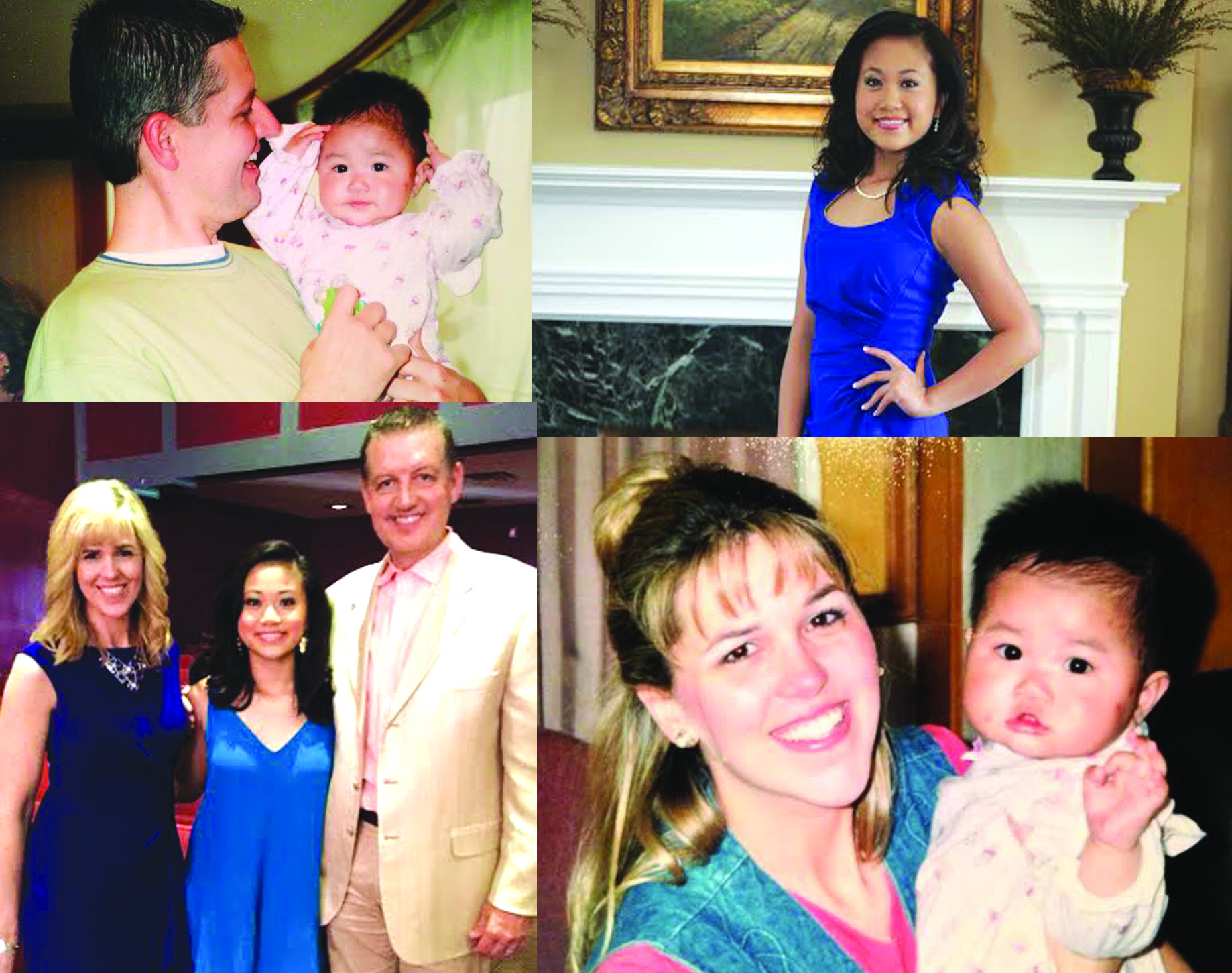 Caroline Colvin is the child her family prayed long and hard for.

Eddie and Shannon Colvin of Bossier City adopted Caroline more than a decade ago from China when she was just a baby. Although she’s not their biological child, the Colvins say Caroline completes their family.

Today, Caroline is using her adoption story as a platform with her title as Miss Bossier City Outstanding Teen to promote adoption as an option.

“Everyone deserves a chance to have a family,” she said. “I want to help the kids who dream of having a family know what it feels like to be loved.”

It was right after their second son was born when Shannon saw a televised report on ABC News about the one child policy in China.

“They showed all these babies in the orphanages,” Shannon recalled. “I think that was the first time, as an adult, I realized there were babies in the world that didn’t have a mom. It broke my heart and I cried.”

Those images never left her mind. She contacted ABC News in New York and asked for a transcript from the show. She learned, at that time, that adoptive parents had to be 40 years or older to adopt from China.

Though it was a let down, Shannon said she just couldn’t stop searching. They looked into foster care, but nothing felt right. The Colvins continued to pray, asking God for an answer.

It wasn’t until their third son was born that they found the answer.

“I was watching Good Morning America and they had a family on that had adopted eight children from all over the world,” Shannon said. “It was so sweet. I remember sitting on my bed and crying out to God, asking him to make the feelings go away or to do something about it.”

That very day, Eddie got a magazine in the mail with an advertisement for an adoption agency in Kentucky that adopted children from China. They immediately began researching the agency and found it was the answer to their prayers.

“We talked about it, went over everything and had our application filled out that night,” Shannon said. “That’s when our journey really began.”

The Colvins discovered that the age requirement to adopt from China had dropped and some of the laws had changed as well. By January 2001, they had turned all required paperwork in to the adoption agency. It was now a waiting game.

“At that time, it was a six month wait. We didn’t get a referral or a picture of her or any travel arrangements until March of 2002,” Shannon said.

The Colvins boarded a plane to China in April 2002. They were one of 13 adoptive families making the trip that month.

A second plane ride from Beijing took them to Changsha in central China.

“We stayed at a nice hotel with three other families. We all prayed together with our tour guide while we waited to see our babies,” Shannon recalled. “They stepped off the elevator with her and I knew which one was mine the minute I saw her.”

The Colvins had only seen photos of the 10-month-old baby girl before that moment in Changsha. They spent two days getting to know little Yi Xiou Yi, familiarizing themselves with the little girl they waited so long for.

“She never cried. She actually came right to us,” Eddie recalled. “She just looked at us.”

Then, the baby girl started showing more personality and emotions with Eddie and Shannon. They couldn’t wait to bring their new baby home to join their family of three sons.

Eddie and Shannon named their daughter Caroline Grace Yi Colvin. They kept her given name, Yi, because it means “gift.”

“It doesn’t matter that I didn’t carry her,” Shannon said. “That makes absolutely no difference and has no effect on how we feel about her.”

Eddie agreed, adding that “it’s not the day they are born that you think about, it’s the memories you make as a family.”

Caroline has grown into a vibrant 14-year-old who loves to read, play with the family pets and hang out with her friends. In the fall, she will be entering Airline High School as a freshman and a member of the school’s pep squad. She’s also a member of Vicki’s School of Dance in Bossier City and First Baptist Bossier.

As Miss Bossier City Outstanding Teen, Caroline is using her platform, “Adoption Option,” to bring awareness to the need for adoption both domestically and internationally

“Most people don’t usually consider adoption,” she said. “I want to travel the state and country talking  about teen pregnancy so that they choose adoption, not abortions. Every child deserves to have a family.”

Eddie and Shannon couldn’t be more proud of their family “gift.”

“This is a platform to grow on and one she can carry with her through life,” Eddie said. “It’s personal. She will always have a story to tell – her story.”