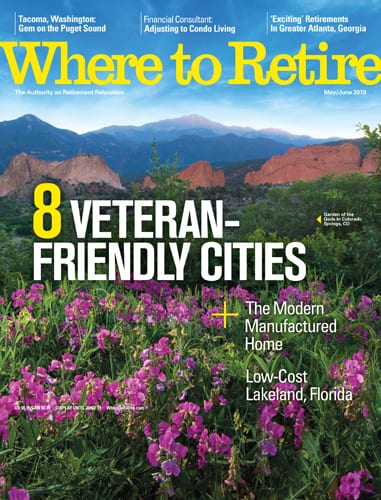 Bossier City has been selected as a top retirement destination by Where to Retire, the only magazine in America geared toward helping people with retirement relocation decisions.

Where to Retire Editor Annette Fuller said these eight cities are attractive to military personnel and their families.

“They go the extra mile to make retired veterans feel at home,” Fuller said. “In addition to military installations, the cities boast amenities that are attractive to all retirees, including civilians. Our interviewed retiree labeled Bossier City, a certified Louisiana retirement locale, a ‘big city with a small-town feel.’”A

Where to Retire has covered hundreds of the best retirement regions, towns and master-planned communities since 1992. The magazine is published six times a year and has a national circulation of 200,000.