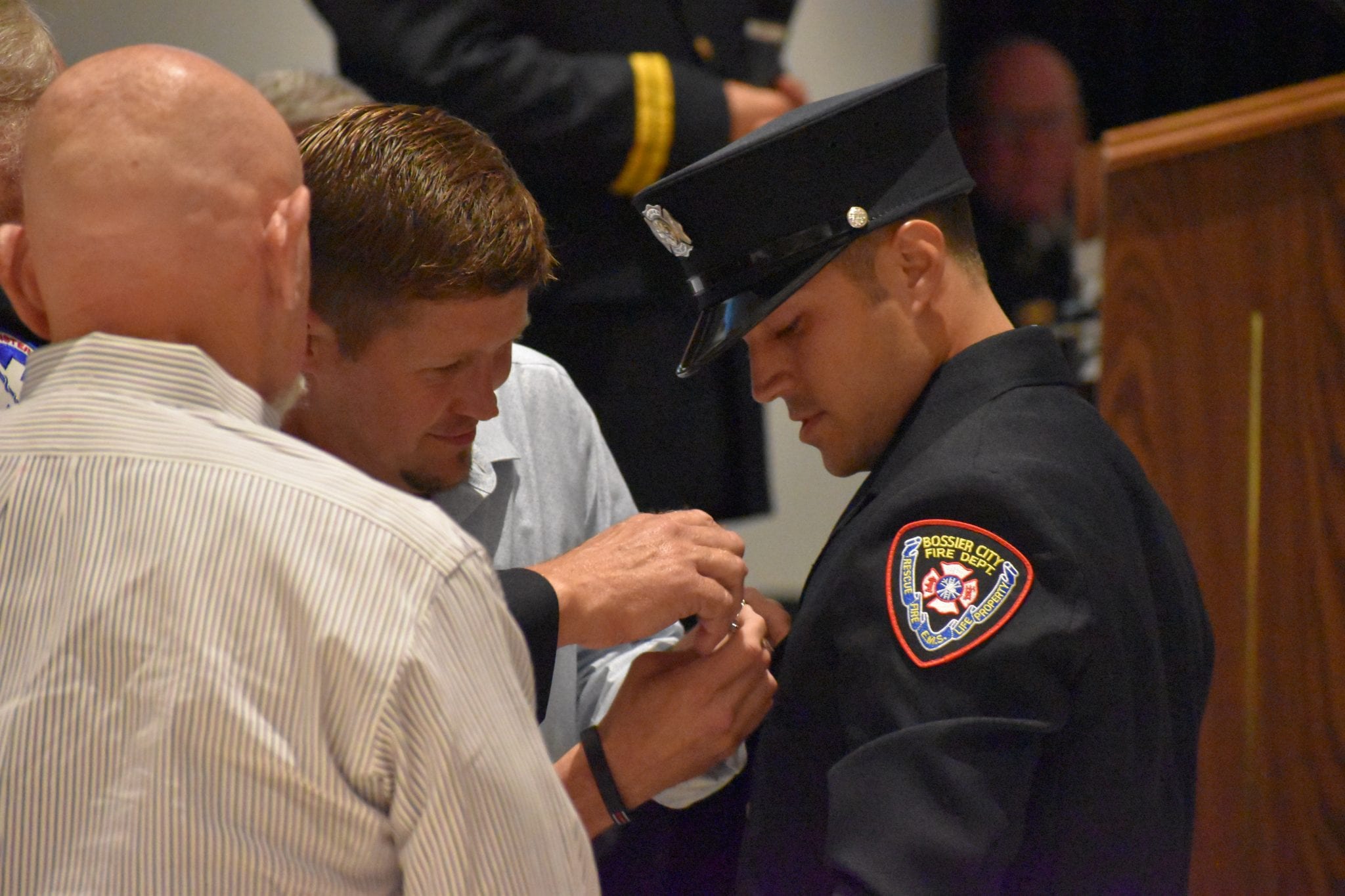 The cadets began their journey to become firefighters in April. Their five months of training includes classroom and practical instruction in live fire suppression, hazardous materials, emergency medical services, and emergency rescue among other areas.

Fire Chief Brad Zagone administered the oath to the new Bossier City firefighters with Bossier City Mayor Lorenz Walker and Bossier City Fire Department personnel in attendance. Guest speaker, Senator Ryan Gatti told the audience, “The last few words of our national anthem are a question. Oh, say does that star-spangled banner yet wave, o’er the land of the free and the home of the brave? If we still have that flag flying, it means we have patriots that are stepping up to answer the call to be first responders. That’s why today is a big deal.”