A Bossier City man has been arrested and charged with manslaughter in connection with a physical altercation last week in which another man sustained a severe head injury and later died at a local hospital.

Detectives with the Violent Crimes Unit today arrested 32-year-old Travis Brent Williams on a warrant charging him in the death of 58-year old Mark Adams of Bossier City. 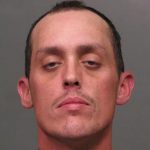 Adams sustained a severe head injury last Tuesday night when he fell and struck his head on a city street after being punched in the face by Williams during an altercation.

An investigation found Adams and Williams, who lived across from each other, got into a verbal altercation in the street in front of their homes in the 1100 block of Dudley Lane at approximately 7 p.m. that evening. The confrontation turned physical and Williams punched Adams in the face causing Adams to fall and hit his head on the pavement.

Personnel with the Bossier City Fire Department took Adams to University Health Shreveport where he died from his injuries two days later.

Detectives subsequently obtained a warrant for Williams’ arrest and took him into custody this morning. He was booked into the Bossier City Jail with bond set at $50,000.