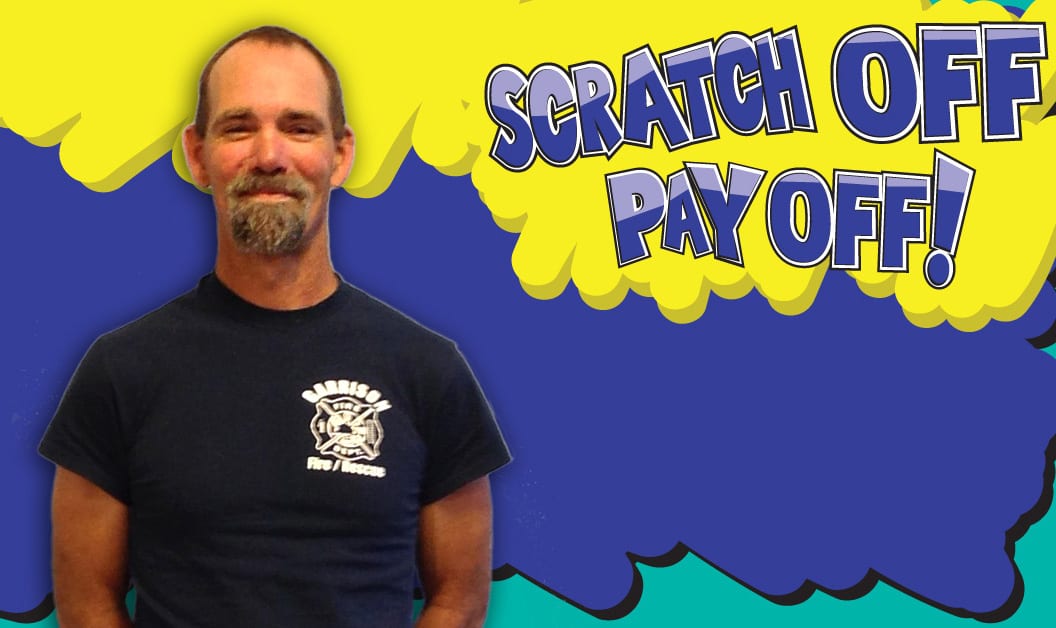 A day that would have been remembered as sour turned sweet when he won $100,000 on his morning coffee run! Only an hour after winning the top-prize on $5 scratch-off, In the Money, Pullen’s truck broke down for good.

“I’ll be driving off in a new 2019 Dodge truck this evening!” he said while claiming his prize at the Lottery’s Shreveport office on Nov. 20. “The rest will go straight into savings!”

The winning ticket was purchased at Dixie Mart #18 on Dogwood Trail in Haughton, where Pullen regularly stops for his morning coffee. “I truly didn’t believe that what I was seeing was real,” he explained. After having the cashier check his ticket, the winner rushed home.

“I immediately called my girlfriend and said ‘Wake up! You have to look at this right away,” said Pullen.

The 44-year-old said he “just had a feeling” about the scratch-off ticket. “I’ve always won just enough to enjoy playing (the Lottery),” he explained, “but this is definitely my biggest win ever!”

“I am very blessed,” Pullen added. He received $71,000 after state and federal tax withholdings.

The winner claimed the last top-prize winning In the Money ticket, effectively closing the game’s sales. Prizes for the $5 scratch-off can be claimed until March 19, 2019.

Lottery ticket purchasers must be at least 21 years of age. For security purposes, players are strongly encouraged to sign the back of their ticket immediately after purchasing.  The Lottery also encourages anyone who has a gambling problem or friends and family of anyone with a gambling problem to call toll-free 1-877-770-7867.