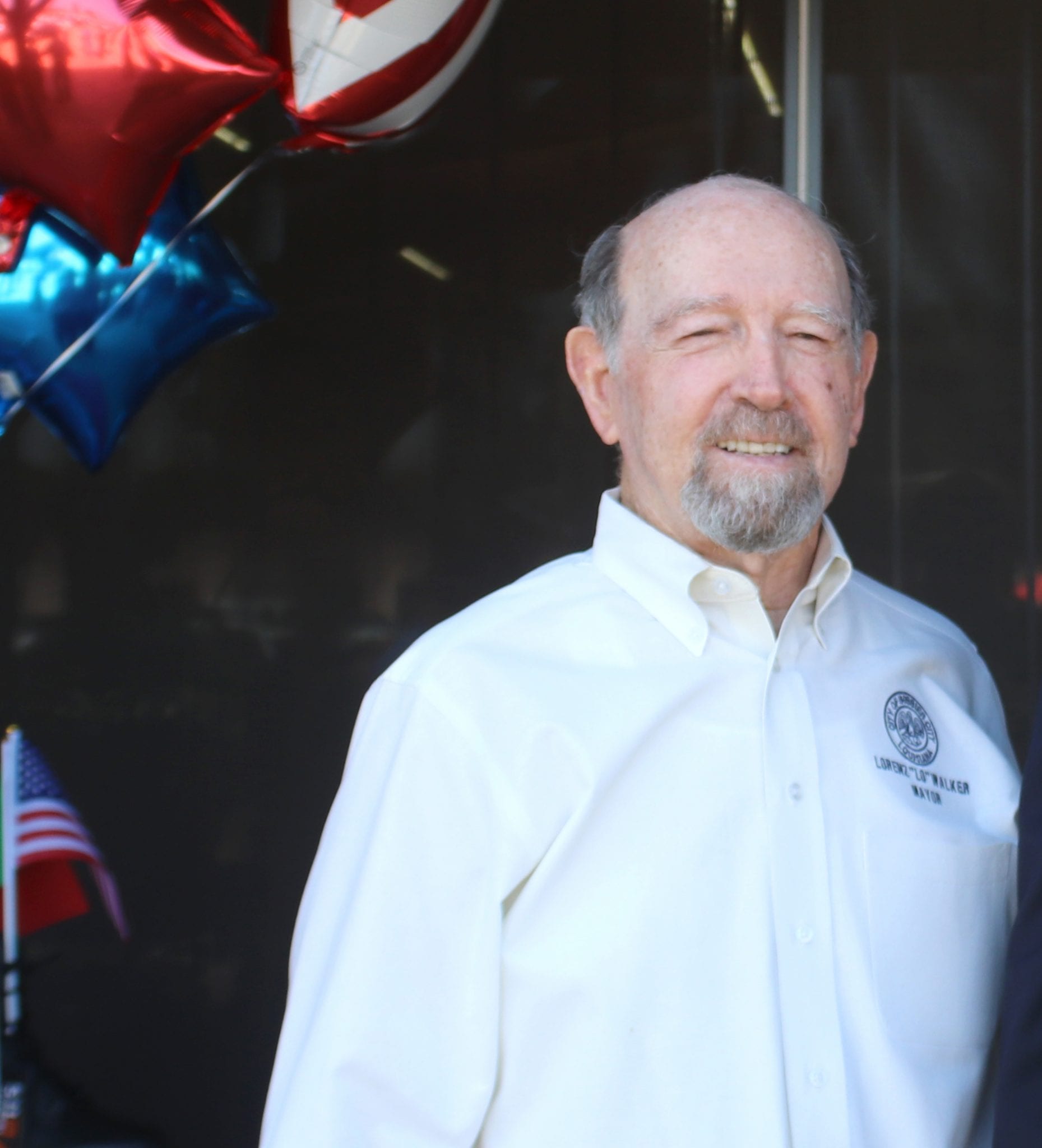 Mayor Walker confirmed his plans to the Press-Tribune Tuesday afternoon.

“I didn’t want to say anything to step on the election going on across the river in Shreveport and muddy the water with the Nov. 6 election, but I have announced to my staff that it is my intention to run for election in 2021,” Mayor Walker said.

He is currently in the middle of his fourth term as mayor of Bossier City. He drew no opposition for the March 25, 2017 election.

The next city election would be in spring 2021.

“I enjoy the work. Secondly, with the team we have, I feel we’re doing right by the citizens of Bossier City,” Mayor Walker said as to why he’s running again.

“We all work so well together and I’m in good health. I think we got good things happening in the city and I want to be a part of it,” he added.

If elected, Walker would be the longest serving mayor in the history of the City of Bossier City. He is currently tied with the deceased former mayor George Dement, who also served four terms.

Mayor Walker is already the oldest serving mayor and the oldest elected mayor.

“I want to be a part of what’s happening here, so long as I enjoy it and I do. I like work and I don’t retire well,” he said. “I don’t think my age is a factor. During my last election, we had a pollster find out that age wasn’t a factor (in who voters would select as mayor).”

With his history as the director of the Bossier Civic Center, Chief Administrative Officer under former Mayor Dement, and now his service as mayor, Walker has more than 30 years with Bossier City.

Many of those years have seen tremendous success with steady population growth, the location of riverboat casinos, the building of the CenturyLink Center, the development of the Louisiana Boardwalk, and the redevelopment of central Bossier City as the East Bank District, among several others.

But Mayor Walker said although his administration has accomplished great things, there is still work to be done that the wants to oversee.

“The record of what the city has accomplished over the last three decades is outstanding,” he said. “But, for example, we have 22 major public utilities projects — water, sewer, power, and all those important things below ground — that are left to be done.”

He added that the city’s department heads and their team is one of the reasons for the success.

“I am only one part, the department heads and their staff deserve the credit,” Mayor Walker said. “Nine years ago, we had 900 staff members and now we’re down to 700. They’ve done a great job doing more with less.”