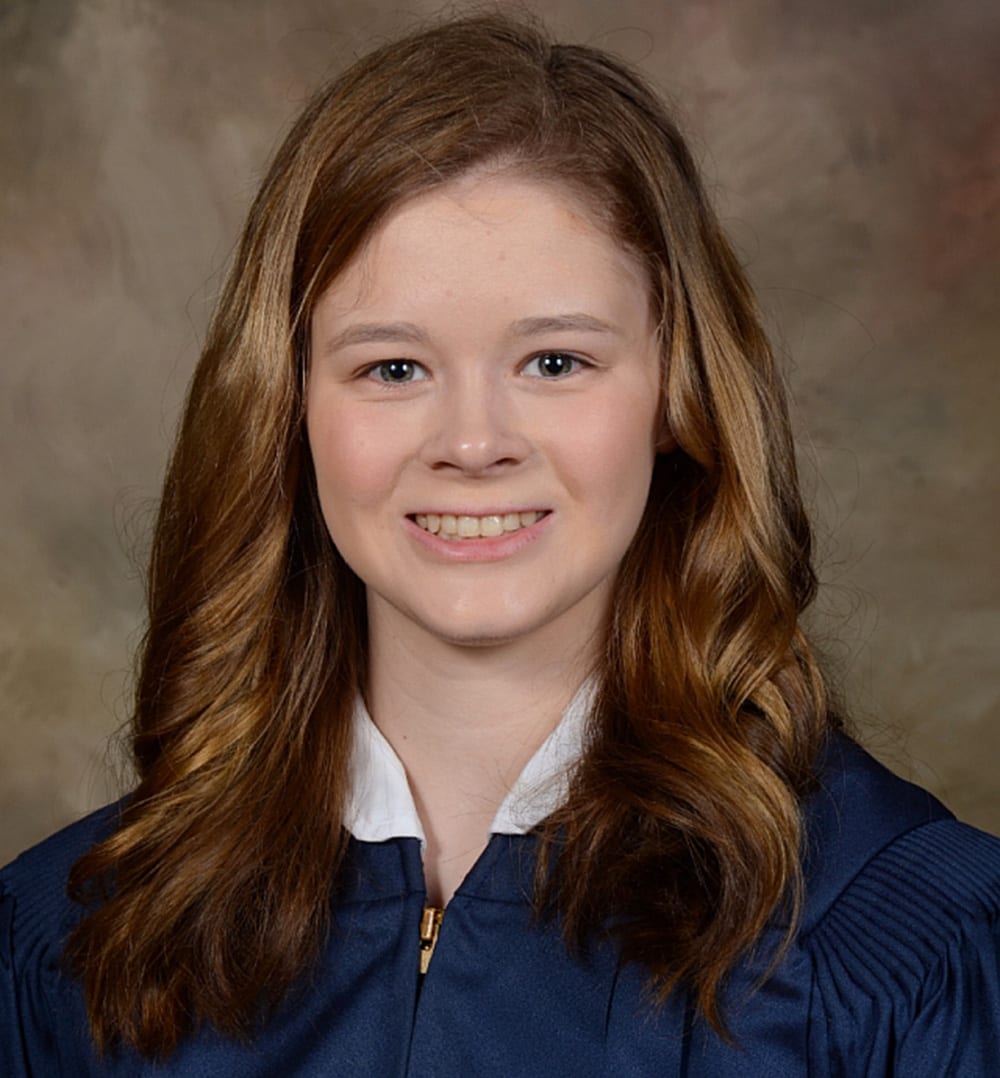 NATCHITOCHES — On Friday, May 17, the Louisiana School for Math, Science, and the Arts (LSMSA) held its annual Senior Recognition Ceremony to honor the Class of 2019. The ceremony celebrated personal character, academic excellence and development of skills in each academic disciplines.

During the event, six seniors were inducted into the Robert A. Alost Hall of Fame. This award, named after the school’s founding director, is considered the highest honor bestowed upon LSMSA seniors, with students being hand-picked by a committee of faculty and residential life staff members.

Casey Tonnies of Bossier City was named to LSMSA’s Hall of Fame.

“As a Future Scientist Program member, ambassador, academic peer mentor and club president, success has followed her for the past three years,” said Executive Director Dr. Steven G. Horton. “In addition to loads of independent work, she has attended conferences and has been a part of many theatre performances.

“Never shying away from a challenge, she has taken on many of the hardest courses offered here at LSMSA and has been on top academically time and time again.”

The other five seniors who joining Tonnies as Hall of Fame recipients were Marlies Carter of Madisonville, Colt Crain of Zachary, Jayaditya “Jojo” Deep of Natchitoches, Daniel Metzger of Slidell, and Benjamin Walker of Mandeville.

Tonnies also graduated with Distinction for her independent research and presentation titled “Synthesis and coordination chemistry of N, N’-disubstituted malonamide derivatives as a multi-step reaction for undergraduate labs.” Students who choose to do Distinction Projects undergo an arduous process of independent study and research under the direction of faculty mentors. She was one of seven students who were honored with Distinction during her tenure at the school.

Tonnies has been awarded a Silver Medalist Emmy Noether Scholarship for $25,000 and a PEO-Chapter BK Scholarship Award. In the fall, she plans to major in Chemical Engineering at Yale University.