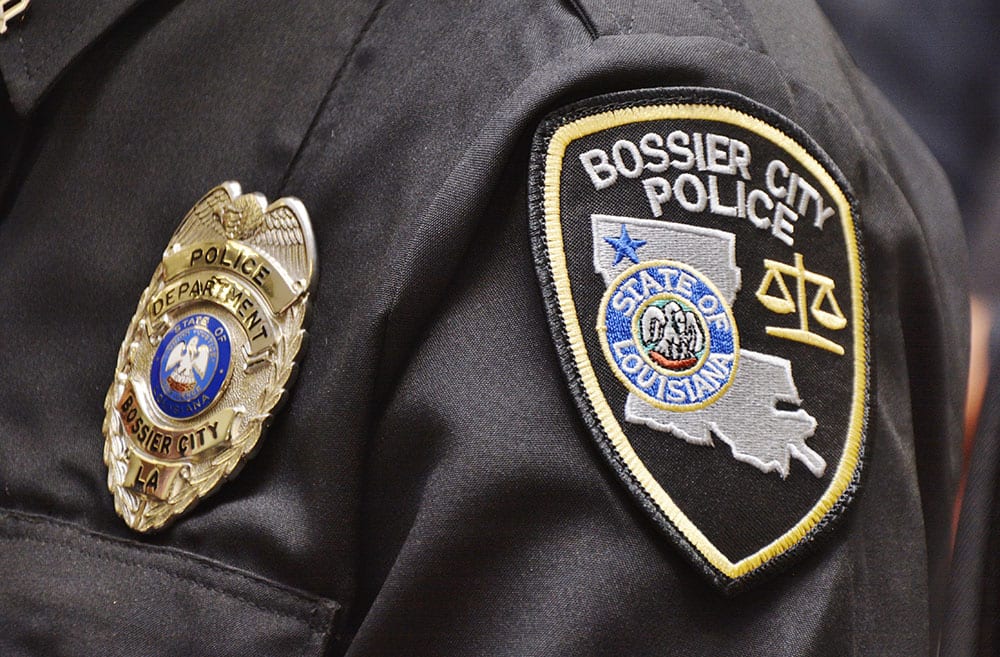 [Editor’s Note: The following video contains graphic content of a police confrontation with a suspect. Viewer discretion is advised.]

At 5:45 a.m. on October 25, 2019, Bossier City Police officer Patrick Edmonds, Jr., responded to a complaint of a disorderly person at 309 Preston Boulevard, the LaQuinta Inn. Edmonds encountered 45-year-old Shannon Rupert of Shreveport who brandished a pair of scissors while on a phone in the lobby of the hotel. The officer gave multiple verbal commands to Rupert to put down the weapon. Rupert then aggressively approached the officer with scissors in hand. The officer fired two rounds from his department issued handgun striking Rupert in the upper torso. Rupert was transported to the hospital where she was pronounced deceased.

You can see video of the incident shared with media below. Again, the video contains graphic content. Viewer discretion is advised:

You can read a letter from DA Schuyler Marvin to BCPD Chief Shane McWilliams regarding his review of the incident below:

Recently myself and my First Assistant met with four Bossier City Police Investigators regarding the October 25, 2019 incident involving Officer Edmonds and the deceased, Mrs. Rupert. The results of  that investigation  were shared with my office. Video from the incident location and the  officer’s bodycam was reviewed. Investigators provided answers to questions.

One role of the District Attorney’s Office is to provide an independent review of this use of deadly force, to determine if there is criminal liability. It is one of the most serious responsibilities of the District Attorney. This particular review does not examine compliance with the policies and procedures of this or any respective law enforcement agency, but only if the officer involved committed any criminal act.

Based on all evidence reviewed it is my firm opinion that no crime was committed by the officer as his actions constituted justifiable homicide. The circumstances confronting this officer were such that a reasonable belief existed that he was in imminent danger of losing his life or suffering  great  bodily harm,  and the discharge of his firearm was necessary for the prevention of a possibly lethal threat. I will provide a brief summary of the circumstances supporting this opinion, nature and immediacy of threat, and justification of the action.

Particularly helpful was video from the location and the officer’ s bodycam. The deceased appeared highly animated and erratic in the time period preceding the officer’s arrival as she refused to leave the non-public area of the business and armed herself.

Those actions continued after the officer arrived, and the deceased continued to grasp and brandish a scissors and knife. The officer distanced himself from the deceased on the other side of the hotel front-desk. In response the officer’ s clear instructions to drop her weapon, the deceased used racial epithets and told the officer that he would have to shoot her before she complied. The officer can be heard to calmly radio for assistance, even while the deceased makes advances from behind the desk in the officer’s direction.

The officer conveyed a clear, concise warning of what would happen if the deceased continued to approach while armed. In immediate response to the officer’ s warning, the deceased raised both arms while holding the scissors and moved towards the officer within a distance that appeared to be no more than seven and possibly five feet when the officer fired two shots, in immediate succession. The deceased’s intent of movement toward the officer is certain as her momentum continues to carry her forward even after she is shot. The events described herein happened much more quickly than described. Investigating officers interviewed witnesses who were on location before and during the events.