UPDATE: Detectives with the Bossier City Police Department’s Violent Crimes Unit have arrested Benjamin William Shaw, 21, of Killeen, Texas on a charge of second degree murder in connection with the overnight fatal stabbing in the Rockin Rodeo parking lot. The victim was 34-years of age and a member of the United States Air Force assigned to Barksdale Air Force Base. His name is being withheld until Barksdale Air Force Base personnel have notified Bossier City police that all notifications of his next of kin have been made. 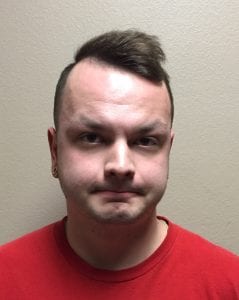 The Bossier City Police Department is investigating a fatal stabbing that happened overnight in the parking lot of a local night club.
Bossier City police and fire department personnel were called to the Rockin Rodeo in the 1000 block of Gould Drive at approximately 2 a.m. Saturday in reference to a man who had been stabbed during an altercation involving two groups of men in the rear parking lot of the business.
The victim was taken to University Hospital in Shreveport via BCFD ambulance where he was pronounced dead. His name is not being released at this time pending notification of his family. Detectives with the Violent Crimes Unit say the investigation into the stabbing remains ongoing and no arrests have been made at this point.
Anyone with information that can help detectives solve this case is asked to contact Bossier Crime Stoppers at (318) 424-4100.