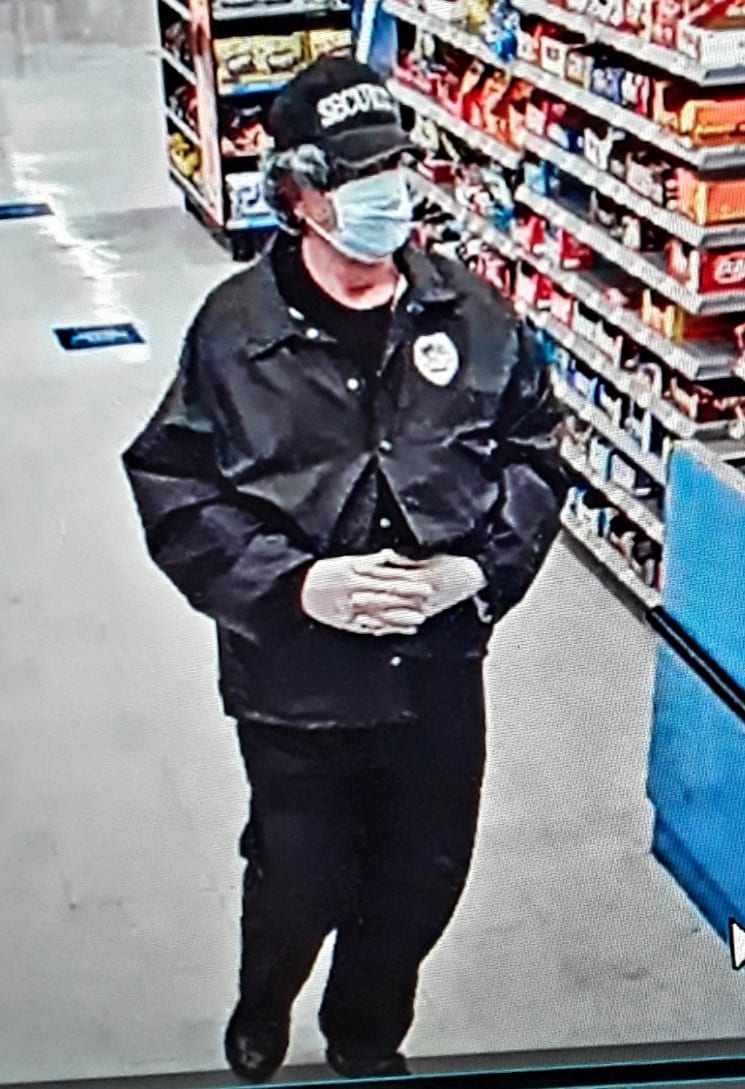 Detectives with the Bossier City Violent Crimes Division are asking for the public’s assistance in helping to identify a white male suspect who attempted to rob the Money Center of the Wal-Mart Supercenter on Airline Drive.

Just prior to 4:00 p.m. on May 7, 2020, a Bossier City police officer was flagged down and responded to the incident. No injuries were reported. No money was stolen from the business. During the investigation, surveillance footage was obtained. The video depicts a white male wearing a black security guard jacket and a black hat with the word security on the front of it. The suspect produced a handgun and demanded money from a cashier at the Money Center. The suspect was wearing a face mask.

It also appears that the suspect may have been wearing a gray colored wig. The suspect appears to be over the age of thirty-five, weighing an estimated 200 pounds, and approximately five feet eight inches tall. Anyone who may have information on the crime is asked to contact the Bossier City Police Department Criminal Investigations Division at 318-741-8611.

Anyone with information who wants to remain anonymous and be eligible for a cash reward is asked to call Bossier Crime Stoppers at 318-424-4100, or log onto www.p3tips.com to submit a tip via the web. For a secure and password-protected mobile app for your smart device, go to the App Store and download the free “P3tips” mobile app. There is no caller ID, no recorded lines, no tracking cookies, and no saved IP address.