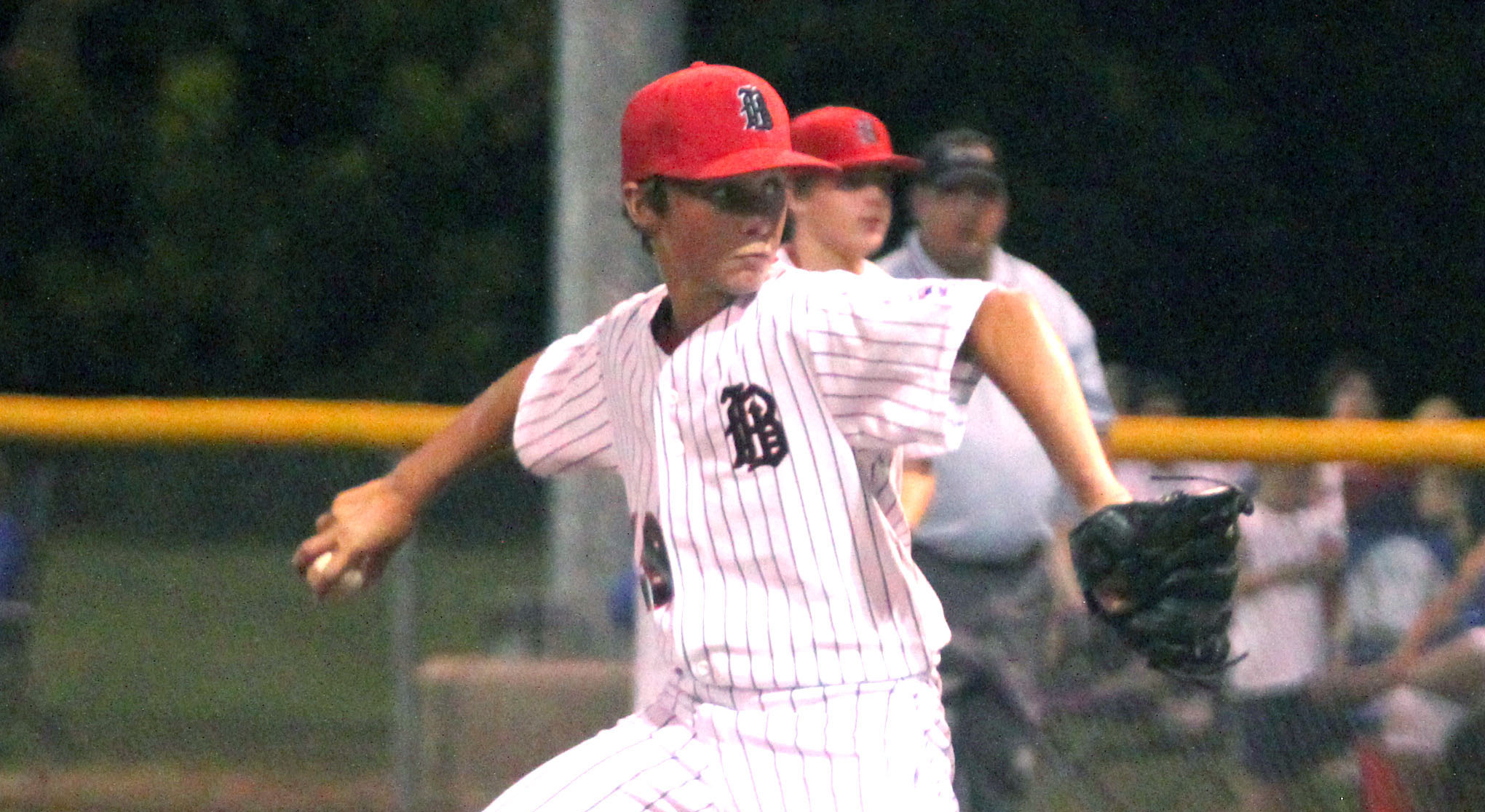 Bossier City trailed 7-3 after three innings, but the local squad rallied in the top of the fourth with five runs to take an 8-7 lead. Eastbank regained the lead with two runs in the bottom of the inning and added two more in the fifth.

Bossier City’s Gabriel Larry and Connor Norcross both hit home runs. Larry had two other hits including a double, according to the team’s GameChanger site. Hayden Knotts also had a double.

Bossier City opened the tournament Friday with a 12-0 victory over Jackson Parish. The local team then fell to South Lake Charles 3-1 Saturday in the winners’ bracket semifinals. BC bounced back with a 7-2 victory over Lafayette Sunday in its first elimination game and then knocked off Avoyelles 10-2 on Monday.

Knotts and Grayson Gates combined on a two-hitter with 10 strikeouts in the victory over Jackson Parish. Waxley went 2-for-2 with a home run, triple and three RBI.

Larry, Brady Norcross and Knotts had two hits each.

Connor Norcross, Hull, Hayden Smith and Gavin Ashworth all had one hit.

Bossier City outhit South Lake Charles in a well-pitched game by both teams. BC had some chances in the late innings with runners on base but couldn’t capitalize. Meanwhile, SLC took advantage of some mistakes to score two runs in the fifth, breaking a 1-1 tie.

Connor Norcross had two hits, including a home run. Hull also had two hits. Waxley, Knotts and Parks had one hit each.

Knotts allowed just two hits and no runs in 4 1/3 innings against Lafayette. He struck out four. He also went 2-for-3 with a two-run home run and had three RBI. Gates and Waxley had one hit each.

Hull and Larry had solo home runs in the first inning against Avoyelles. Hull finished with three hits, including a double. Larry also had a triple. Knotts and Connor Norcross had doubles.

BC rallied from a seven-run deficit against Ville Platte in the championship game Tuesday night, scoring seven in the top of the fifth to tie the game at 12. But Ville Platte answered with five in the bottom of the inning and went on to win 17-13.

The Bossier City All-Stars finished runner-up in the Dixie Jr. Boys (13-year-old) state tournament. BC defeated host Pineville 13-3 Monday night to force a decisive second game for the title. But Pineville won the championship with a 6-3 victory.

After falling to Pineville in the first round, Bossier City defeated Monroe, West Monroe and Jefferson Parish.

The Bossier City 14s All-Stars reached the quarterfinals of the Dixie Boys state tournament, which was also played in Pineville.

The Benton 9-year-old All-Stars and Haughton 11-year-old O-Zone All-Stars both qualified for their respective World Series tournaments, which begin Thursday in Hattiesburg, Miss.