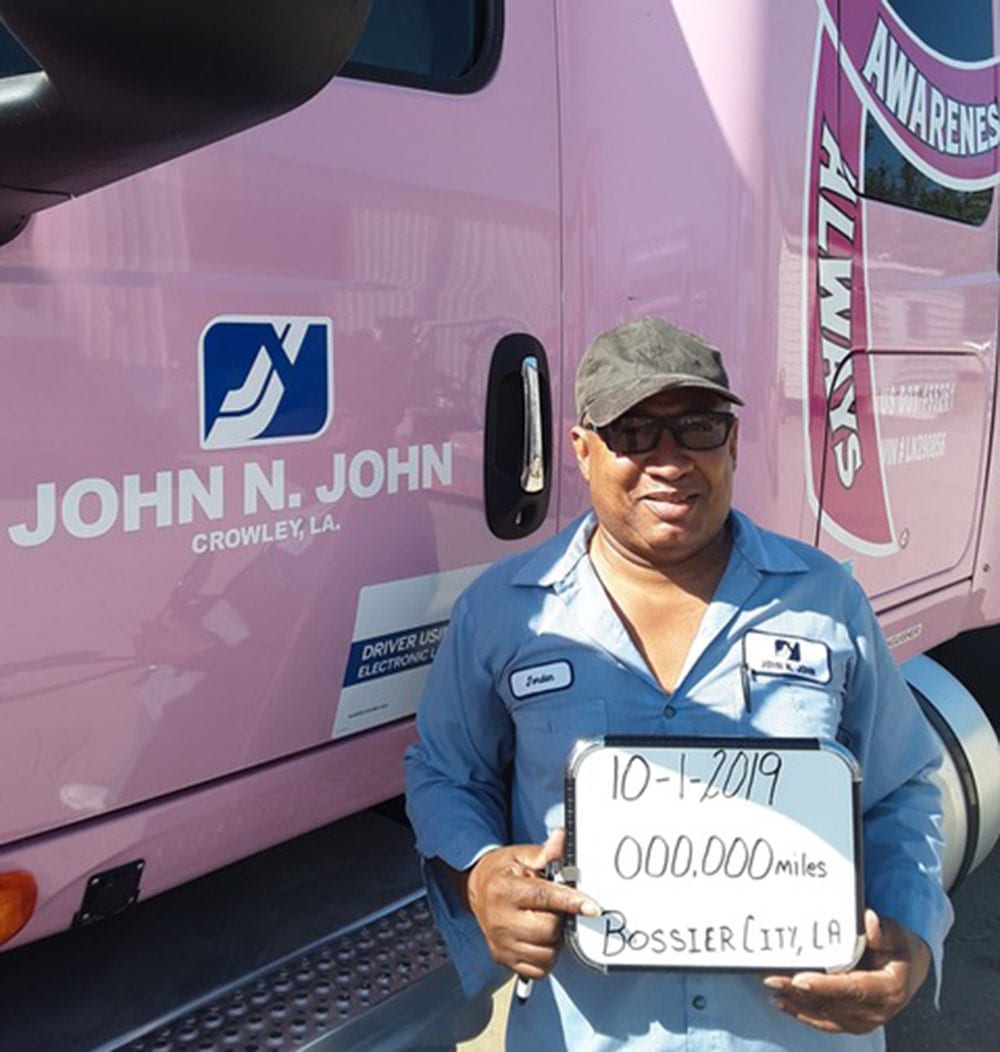 The company recently unveiled a new fleet of bright pink semi-trucks that will travel throughout the U.S. and Southern Canada raising funds for breast cancer programs and resources supported by the National Breast Cancer Foundation.

Sporting the new pink trucks, two drivers will hit the road on Oct. 1 with a new mission— logging miles for dollars. John N. John will donate five cents for every mile driven during the entire month of October to help support breast cancer screening programs, research and resources. Weekly updates from the road will track the drivers progress and fundraising goals as they make their way across the U.S. and Canada challenging others to support the cause as well.

Bossier City resident Albert Jordan is one of the two drivers helming the wheel of the pink truck who has driven nearly 5,000 miles.

Albert dedicated his route to his niece, who lost her fight to breast cancer, and is raising 5 cents for every mile he logs throughout October.

“Seven years ago, my niece Gina lost her battle to breast cancer,” said Jordan. “As an Awareness Always ambassador, I want to send a strong message of encouragement to every person who understands this battle, because no matter how tough the fight gets, there is still hope and we’re in this together.”

Joining Albert in the mission is Roberto Marquez, who also dedicated his individual truck routes to loved ones who have fought/currently fighting the disease.

“We’re a family here at John N. John and we realized that each of us have loved ones or know someone who has been impacted by breast cancer and Awareness Always is about raising breast cancer awareness, not just during October, but always,” said Bill John, president of John N. John. “Our drivers travel thousands of miles for a living, so we decided to dedicate our routes to the survivors, the fighters and the ones who’ve lost their battles with the goal of raising funds, spreading love and inspiring hope along the way the best way we know how — on the road.”

To learn more about the Awareness Always campaign or make a donation, visit the campaign page or follow along for updates on Facebook.