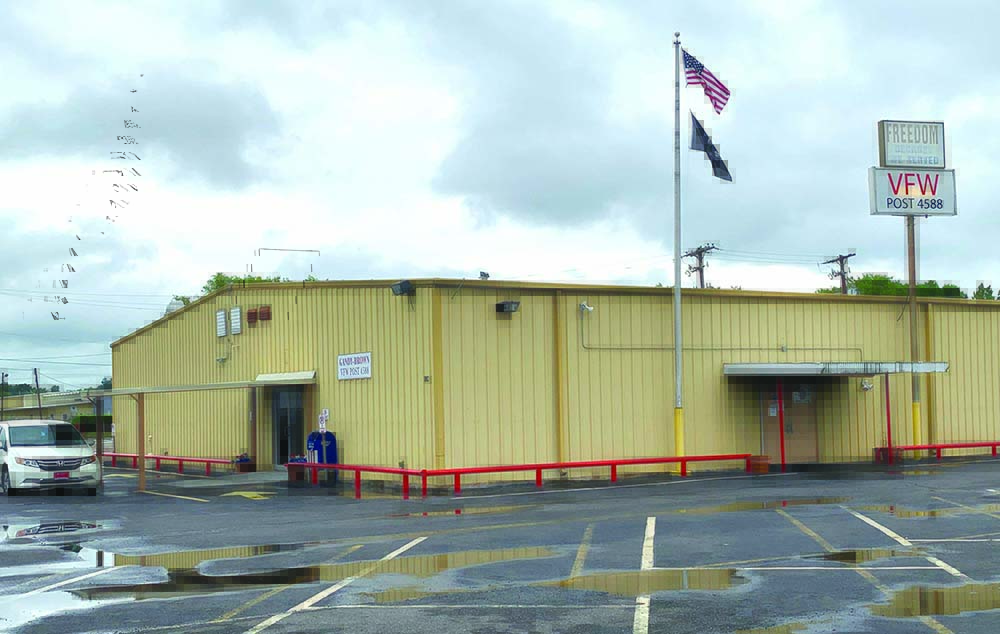 By John Paul Radcliffe, Special to the Press-Tribune

Forty new LED light fixtures were added along with renovations for their new entrance, an extended canteen, and new flooring throughout the entire facility.

Some of the changes were long overdue, according to Post Commander Ron Delaney.

“Some of the lights and fixtures were as old as the building which was built back in the 1970s.”

He added there were two light fixtures that never worked, which required him to climb a 12-foot ladder and change bulbs with no success.

However, Delaney said the new fixtures require little to no maintenance. In addition, the LEDs are supposed to burn for 50,000 hours, which are guaranteed to last for at least five years ultimately saving the VFW Hall a big sum of money.

Delaney shined a light on how much the VFW Hall was truly saving when he said, “Within one year, the new LED lights will have paid for themselves just because of how much energy and money they save.”

Not only are they saving money in the long run, but with the new layout, the VFW Hall is utilizing more of the space which before was only used for storage.

The front entrance, which used to be on the near side of the building, had always caused much trouble for patrons.

Now, the entrance is better situated as it is between the two parking lots with handicap accessibility and complemented by a new awning.

The entrance is also better protected as it is now between the new front office and the extended canteen room.

The canteen room, once a cramped bar, is now a spacious room where drinks and snacks can be served. This renovation was a major effort to change how auxiliary men and ladies had to squeeze around each other to serve drinks to where, now the canteen desk extends back an extra couple of feet for better mobility.

These renovations had always been on the back burner but soon became a reality when the VFW Hall was given a grant from SWEPCO and Rexel.

“Without them there would not have been the funding to do the necessary changes at the time,” said Delaney.

Many other companies and services were accredited at the front entrance of the VFW Hall. Donations of materials and services were provided by each of the following companies: Gator Paint Services, Shirley Insulation and Acoustics, Shreveport Electric, C&C Electric and Lighting, Snyder Floor Covering, and Gray’s Welding Service.

All renovations should be completed within the next year.