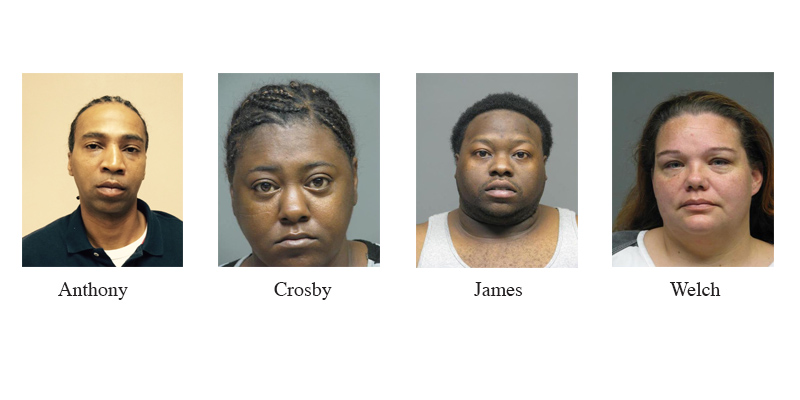 A warrant round up conducted across Bossier City this morning resulted in the arrests of four suspects wanted on criminal charges including one man who was sought in connection with a stabbing earlier this year.

The sweep was conducted by members of the Bossier City Police Department’s SWAT team and involved the execution of multiple arrest warrants at various locations in the city.

The following individuals were taken into custody and booked into the Bossier City Jail: