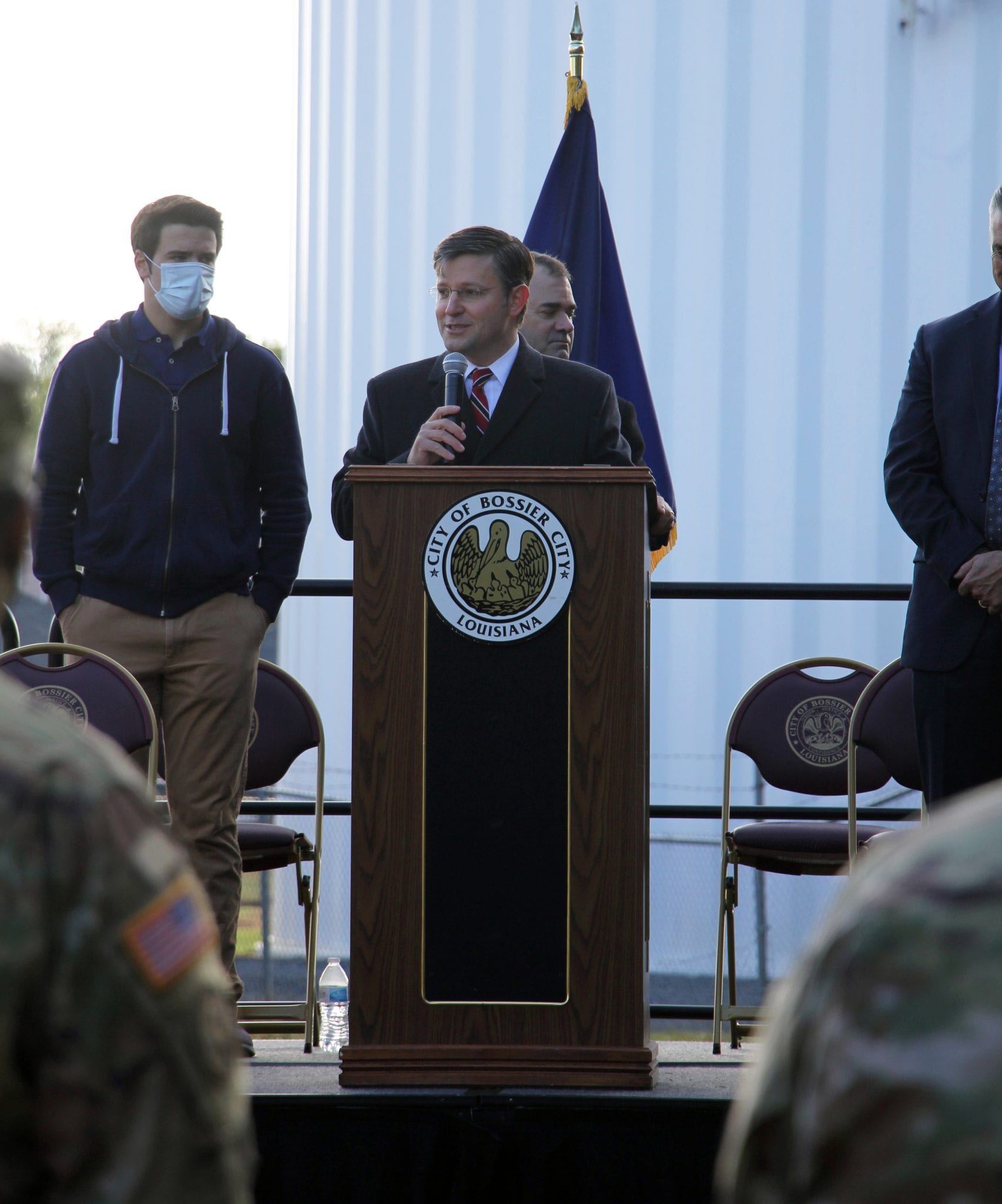 Bossier City Mayor Lorenz “Lo” Walker briefly spoke to the crowd expressing his excitement and gratitude for not only the Bossier community voting our newly painted and designed water tower as “TNEMEC 2020 Tank of the Year People’s Choice award”, but to the Bossier City Council for coming up with the idea.

“We have four water towers in the city and parish that require maintenance. I think the council initiated the idea to dust them up a little bit. And we got this ugly guy back here that was just selected to be the best of all water towers,” said Walker.

Following Walker’s statement, Congressman Mike Johnson said a few words of gratitude to our first responders and military as well.

“We’ve been looking forward to this day. And if we weren’t on the eve of an election we’d probably have the Commander in Chief himself here with us. He’s going to love this design more than anybody,” Johnson said.

“Every brave citizen that has served at any time in the US forces and all those that serve in our communities in any capacity as first responders deserve our honor, our respect and our full support. And this tower says that to the whole world. It says it to the people that fly above and everybody that drives by. We paint with bold colors here and we know where we stand and who we stand with,” he added.

“One of our drivers on the installation to have a safe, secure and welcoming community. And that to me does not start or end at the fence line of the gates. It is inner woven in the North West Louisiana community and it’s anchored here in Bossier City,” said Col. Dmytryszyn.

300 water tanks were submitted to the contest, and over 6,000 voters chose their favorite over the last two weeks. Another popular tank in Destin, FL came in second place, with only a few votes shy of Bossier City’s tower.

Although Bossier City won People’s Choice, the contest is still on for the official 2020 Tank of the Year. Bossier will run against 11 other tanks across the nation.

The winning tank will be announced on Friday, October 23.