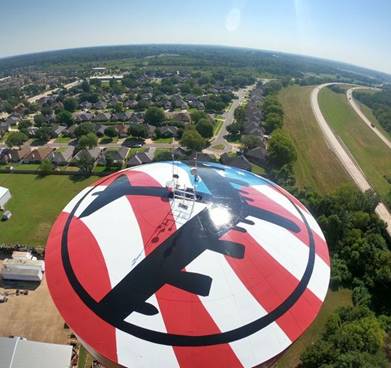 In the end, after nearly 300 water tanks were submitted to the contest and after two weeks of online voting, only one water tank could be named the People’s Choice. This year, that tank was Bossier City, Louisiana! With more than 6,000 votes, the stars-and-stripes-clad tank eked out a win against stiff competition, especially another popular tank in Destin, Florida, which ended up just a few hundred votes shy of the title.

Although the Bossier City tank has been named the People’s Choice, the contest is far from over. Our team of water tank enthusiast will now consider the Bossier City tank alongside 11 other committee-determined tanks to name the official 2020 Tank of the Year. The winning tank will be announced Friday, Oct. 23.