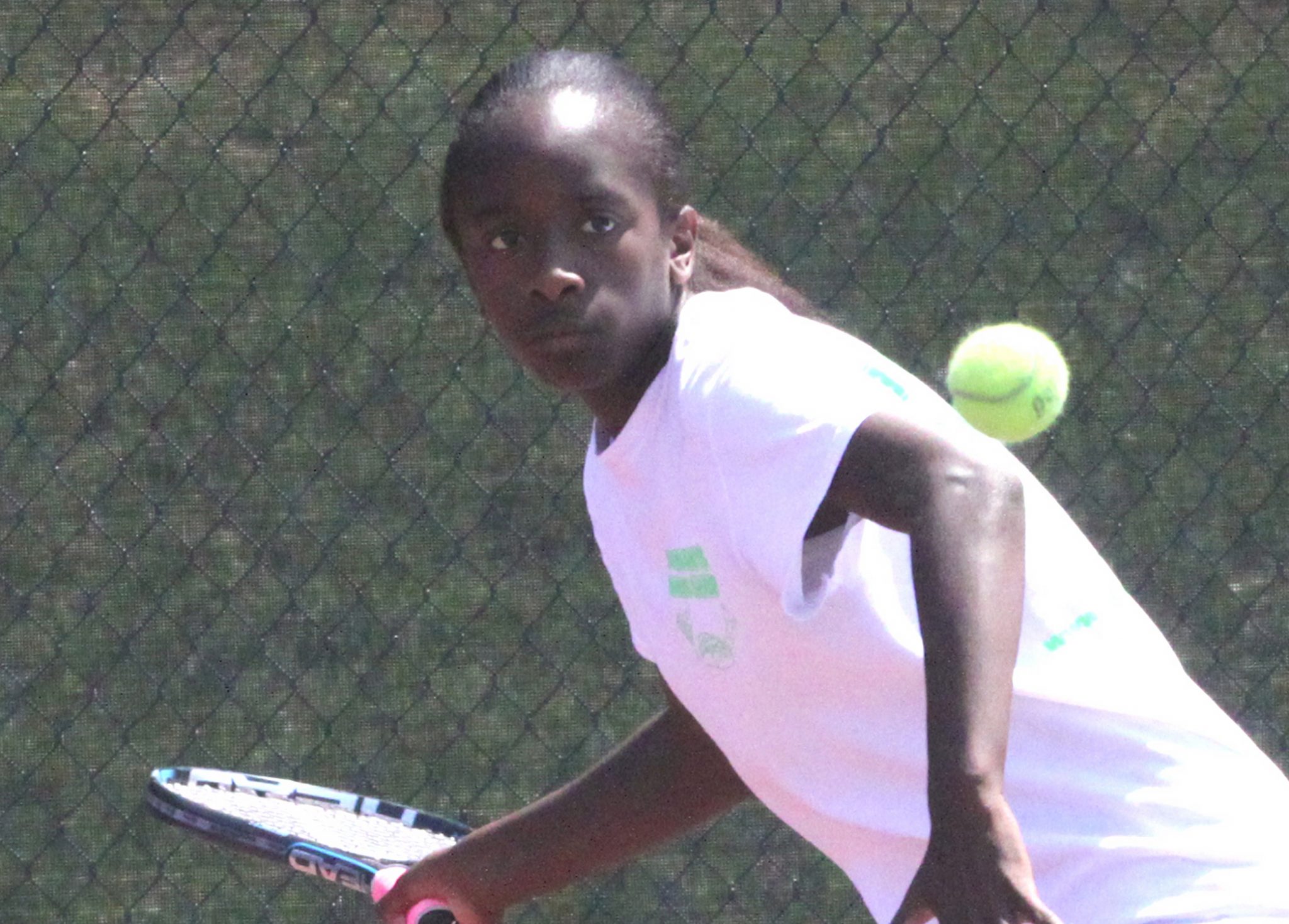 Tiffani Nash had a little extra incentive at the Louisiana State Closed tournament earlier this month in Lafayette.
“She loves Southern Maid Donuts, and we told her if she won we’d get her some Southern Maid Donuts,” her dad, James, said with a laugh.
Well, Nash got her donuts and a trophy, too, winning the Girls’ 12’s singles and doubles titles against the top competition in the state in her age division.
“It was great, and it was exciting because I’d never won it before,” said Nash, 12, a rising seventh-grader at Cope Middle School.
Nash, the daughter of James and Tanika Nash, started playing tennis just a few years ago. Her father, a former baseball player at Woodlawn, started her in T-Ball, but she didn’t particularly like that or her dance classes.
“I wanted to pick up another sport so I decided to play tennis at North Bossier, and I started hitting there,” she said.
Nash began working with a coach who eventually moved to Houston. After that, she started working with Greg Hearn at Southern Hills Tennis Center.
“And then I was like, ‘I love this sport,’ so I just started to stick with it and keep playing,” Nash said.
Hearn is a former head coach at Louisiana Tech and assistant at LSU. He is also the director of the SB Tennis Academy.
Hearn has been working with Nash for about two years.
“She’s always had a knack for keeping the ball in play and now she’s starting to structure points,” Hearn said.
Developing a player like Nash is a process that can take years and requires dedication not just from the player but the family as well.
“Once everybody is on the same path it gets easier because everybody is working in the same direction,” Hearn said. “Once we got to that point and Tiff got to the point where she wasn’t really afraid to lose, I feel like she’s allowed herself to try new things.
“Recently, she’s worked on being able to run plays and recognize situations. I really feel like she’s improved the most in that area. It’s like seeing an opponent, deciding how she wants to play them and then just working it out from there.”
Nash enjoys the competition.
“I like playing against other girls because you get to learn different plays and have fun and exercise,” she said.
Nash said her favorite professional player is Serena Williams because of her competitive nature.
“She never gives up and I just like the way she plays,” she said.
Nash said her ultimate goal is to play college tennis.
Hearn believes she’s got a chance to do that.
“It all comes down to what’s inside her chest what she’s gonna do,” he said. “I think if she sticks with it and has the kind of training necessary she could be a good college player for sure, a (Division I) type player. A lot of that comes from inside her and how much she pushes it and whatnot
“To be honest we’re trying to instill the right fundamentals so that whatever direction she goes she’ll have the tools to deal with it, whether it’s mental, physical, tactical, strokes, mechanical.”
Hearn said with junior players, especially those Nash’s age, the game also has to continue to be fun.
“One thing I’ve noticed, I think she enjoys the competing end of it as much as anything else,” he said. “She’s very quiet, but I think she lives in this little world when she competes and that’s nice. It’s unique.”
Hearn said one thing that has helped Nash is playing against tough competition at Southern Hills, including boys.
The Louisiana Closed wasn’t Nash’s first singles title. Most recently, she won tournaments in Shreveport and Alexandria.
Nash was the No. 2 seed in the Louisiana Closed. She didn’t lose a set and defeated the No. 5 seed in the finals.
Nash was ranked No. 36 in the USTA Southern Girls’ 12’s singles going into the Southern Closed.
James Nash said his daughter keeps things in perspective.
He said she was more excited about getting the donuts after winning the Louisiana Closed than than her trophy.
“She usually comes home and just puts her trophies in a box,” he said.