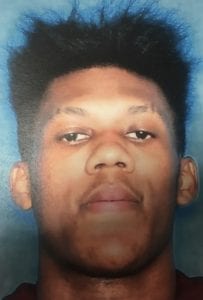 Mose Dandrew Smith, 20, of Bossier City is wanted out of Panola County, Texas on a charge of murder. He was taken into custody without incident at a home in the 2600 block of Barbara Street.

Members of the Bossier City Police Department’s Special Operations Services Unit and the U.S. Marshal’s Violent Offender Task Force quickly converged on that location on upon receiving information that Smith was there.

Smith was booked into the Bossier City Jail and faces extradition to Texas.  He was also booked for a probation violation out of Bossier City.