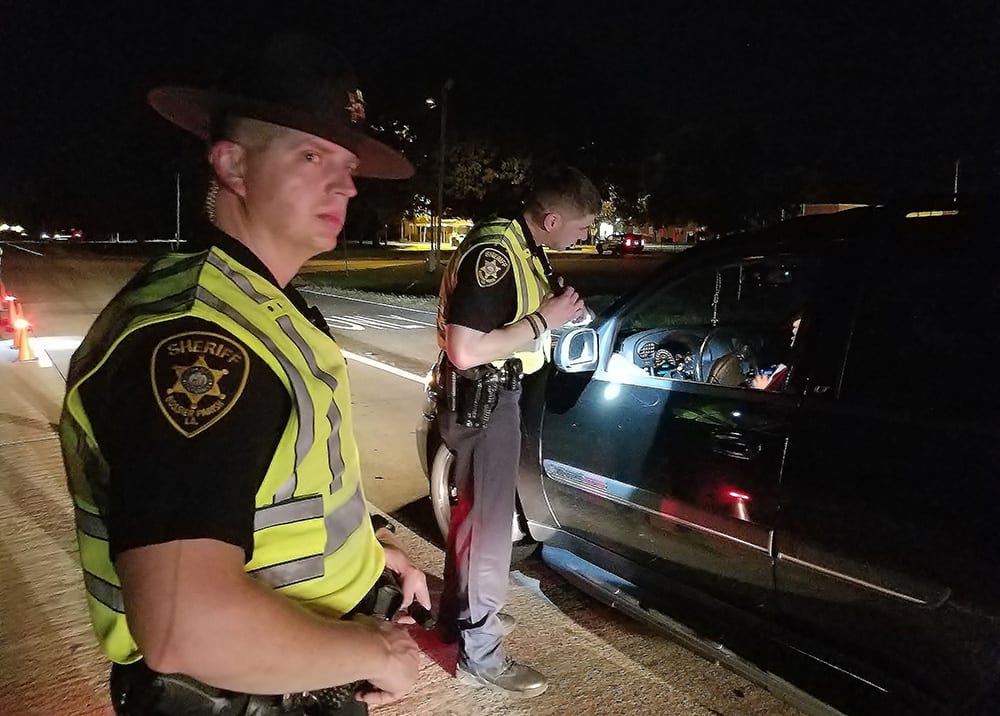 Bossier Sheriff’s Office deputies and other officers made nearly 450 contacts and nine arrests during a Sobriety Checkpoint Saturday night into early Sunday morning in the 2100 block of Old Minden Road in Bossier City.

Deputies were assisted on the multi-agency, grant-funded checkpoint by troopers with the Louisiana State Police, officers with the Bossier City Police Department, and deputies with the Caddo Parish Sheriff’s Office.  They made 444 total contacts with 29 traffic stops and 415 vehicles screened at the checkpoint, while administering 16 Standard Field Sobriety Tests.  Of the nine arrests, six were for DWI (two drug impairment in which both refused urine tests; two alcohol impairment (.213g% BAC and .192g% BAC); and two others refused all chemical tests.  The other three arrests were for flight from an officer, possession of Schedule 1 with intent to distribute; and one fugitive warrant.  Eight traffic citations were issued for various violations.

“It should be noted that a large number of ridesharing vehicles were contacted at the checkpoint, and all of their passengers were intoxicated,” said Sgt. Ryan Rhodes, BSO Patrol Supervisor.  “While there is no way to predict how many, if any, of those persons would have driven impaired had options such as Lyft and Uber not been available, we recognize and appreciate their decision not to get behind the wheel.”

The sobriety checkpoint was conducted as part of a grant awarded to the Bossier Sheriff’s Office from the Louisiana Highway Safety Commission for DWI Enforcement.