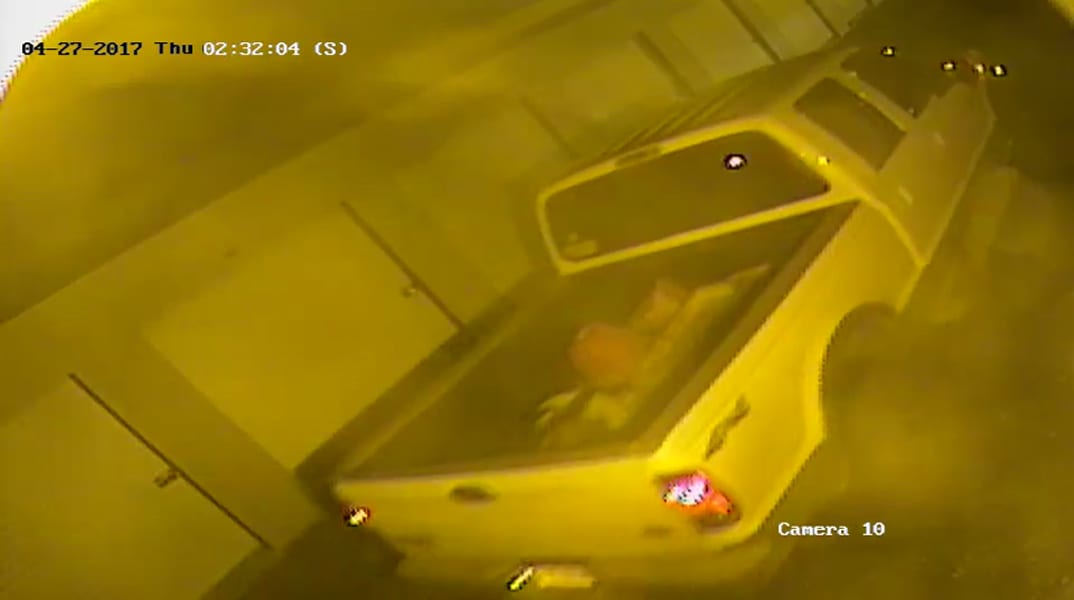 Bossier Sheriff’s Office detectives are asking the public’s help in identifying the suspect and/or vehicle involved in the burglary of a storage unit facility in Haughton late last month.

Surveillance video from Mega Storage at 1183 Bellevue Road in the early morning hours of April 27 shows an unidentified suspect driving what appears to be a white 4-door F-250 (4×4) truck onto the facility.  Video shows that the suspect entered around 2:30 a.m. and excited with stolen items in the bed of his truck nearly 30 minutes later.  The suspect cut the locks to five storage units and stole general household items.

The truck is further described with white rearview mirrors, lighted running boards, and a sticker on the bottom left of the rear window.