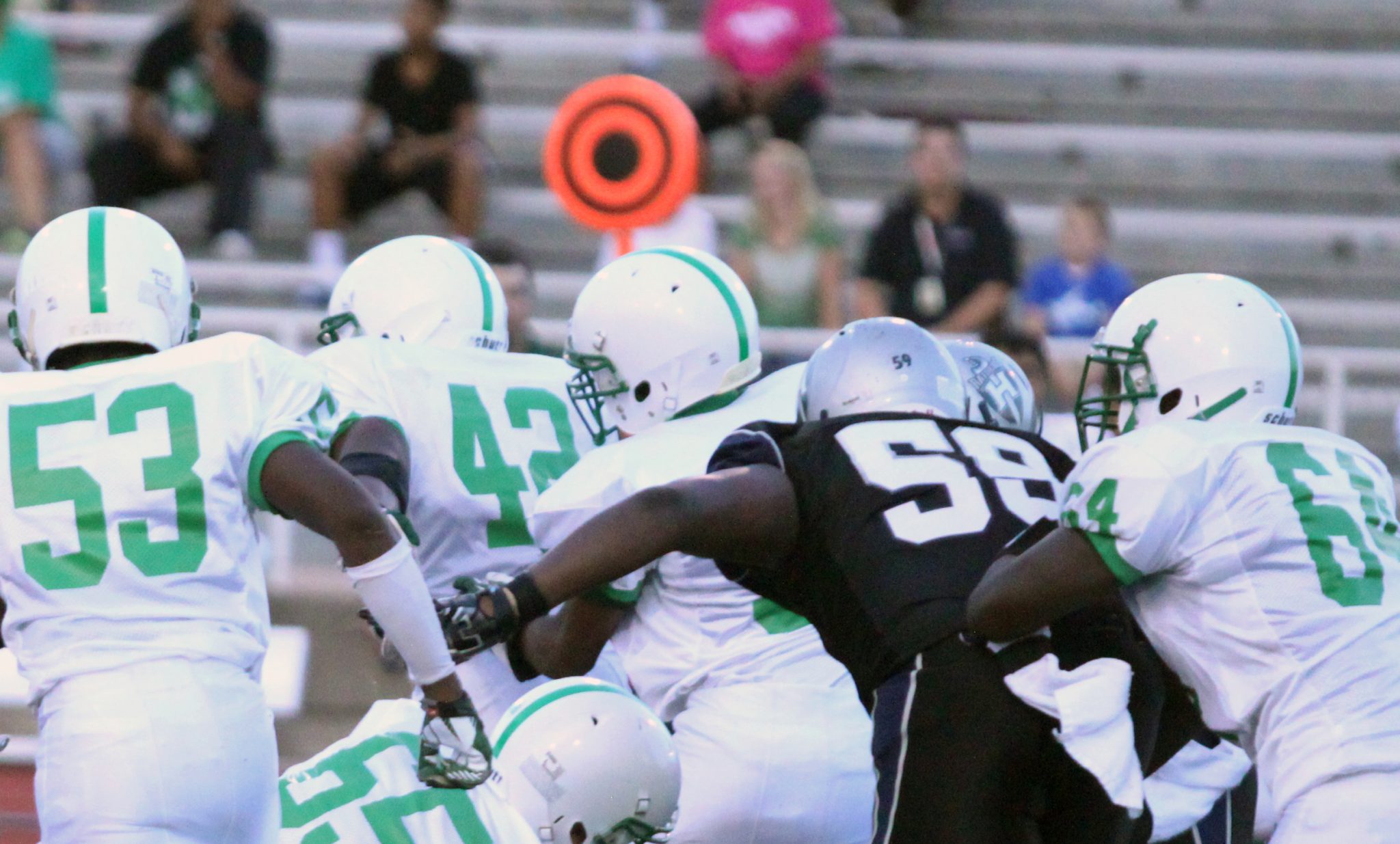 Take away the first and last few minutes of the game and the Bossier Bearkats would’ve come out on top of the Huntington Raiders Thursday night at Lee Hedges Stadium.

The fumble return was perhaps the biggest play of the game.

It happened after Bossier had recovered a Huntington fumble at its 24. On the next play, a Raider came out of a pile of players with the ball and took it to the end zone. That enabled Huntington to take a 19-7 lead into the half.

It took Huntington all of three plays to score its first touchdown after Bossier jumped offsides twice before the Raiders took a snap.

Huntington quarterback Aaron Roberson had a long run to set up his 24-yard touchdown pass. Bossier fumbled it away on its first possession and Huntington recovered at the Bearkats 26. After a penalty against Bossier, Roberson threw his second TD pass of the night.

The Bearkats defense played well after that, keeping the Raiders out of the end zone until the late score.

Bossier scored its first touchdown of the season midway through the first quarter. The Bearkats picked up six first downs behind strong running by Brandon Harris and Isaiah McKinsey.

Harris, who rushed for about 130 yards on the night, ran for a first down on third-and-10 at the Huntington 23 and later scored on a 3-yard run. Rene Alvarado’s extra-point kick made it 12-7 with 5:08 left in the first quarter.

The Bearkats drove to a first down at the Huntington 13 on their next possession. But a holding penalty followed by an interception ended the threat.

Bossier put together a 60-yard touchdown drive in the fourth quarter again led by the running of Harris and McKinsey, who scored on a 3-yard run. Alvarado’s second PAT made it 19-14 with 7:42 left.

With Roberson sidelined because of cramps, the Bearkats had the Raiders backed up to their own 25 facing a third-and-22. But backup quarterback Larry Moton got loose around the right side for a 21-yard gain. He sneaked for the first down on the next play and scored a few plays later.

Roberson, like many of the Bossier players, plays offense and defense.

Bossier plays another Thursday night game next week when they travel to Jerry Burton Memorial Stadium to take on Northwood.