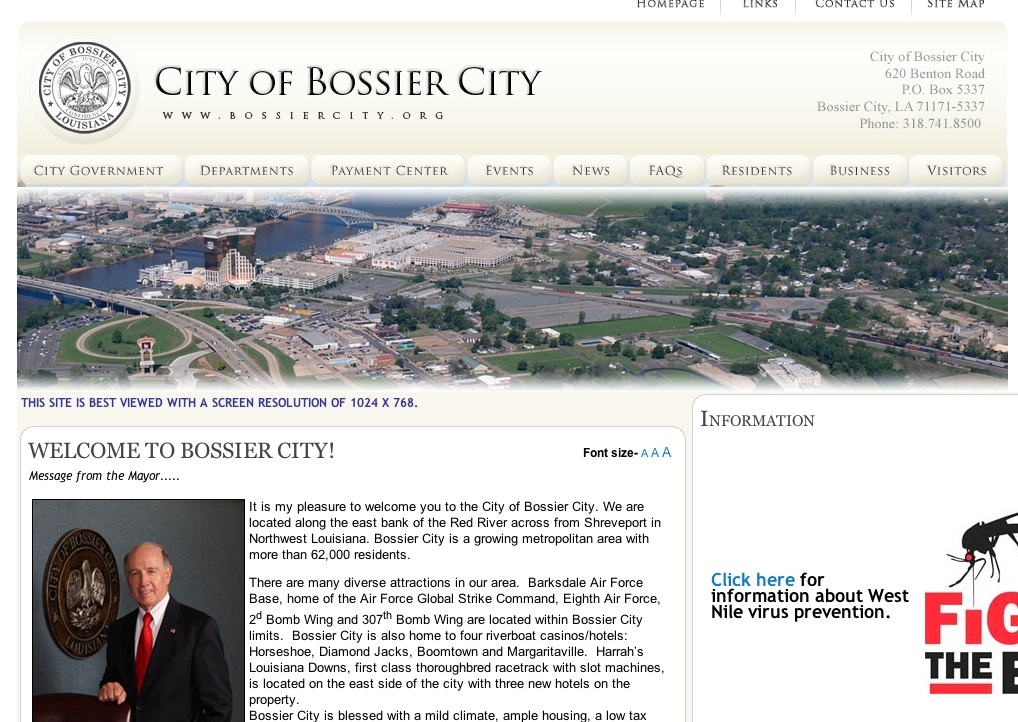 The Bossier City Council held its first public workshop Tuesday that will essentially connect the dots of local governmental accounting.

The series is what District 2 councilman Jeff Darby calls “Finance 101” for the City of Bossier City. The reasoning behind the workshop is to give newly elected councilmen a crash course in the city’s finances as well as making those dollar amounts more transparent to the public.

“I believe we all have something to learn,” Darby said, addressing a crowd of city officials, council members and community members. “An inservice like this really does give them the opportunity to know the process.”

Leading the series is Joe Buffington, Finance Director for the City of Bossier City. His presentation started with the basics – organization of the city, fund types, accounting methods, reporting results and the budgeting process – and is designed to essentially “lay it all out there.”

According to his presentation, Bossier relies on population growth, housing starts and businesses licenses to ensure its continued success within the state and national economy.

In his first presentation, Buffington explained that there are three types of funds – governmental, proprietary and fiduciary – the city deals with. Fund sources commonly known in the public are ones like the general fund and capital project funds.

Topics of discussion ranged from the importance of sales taxes to the riverboat gaming trust fund, which was established in the late 1990s. Buffington said his next presentation will go in depth on the budgeting process for the city’s finances. He will also talk about the responsibilities of the Bossier City Council when it comes to the city’s finances.

Darby said the workshops are an open opportunity for the public to come in, ask questions and discuss the city’s finances instead of wondering where the money actually goes.

“This is the time for citizens to hear from the financial director how all of these funds are used. To me, you can’t get better than that,” Darby said. “We have been blessed to have such a diverse economy and we continue to grow. Hopefully, we will continue to make great financial decisions for the city.”

Tuesday’s workshop was the first of three planned for the public. The next workshops will be held after the agenda meetings on Tuesday, July 30, and Tuesday, Aug. 13, in the city council chambers, located at 620 Benton Road in Bossier City.