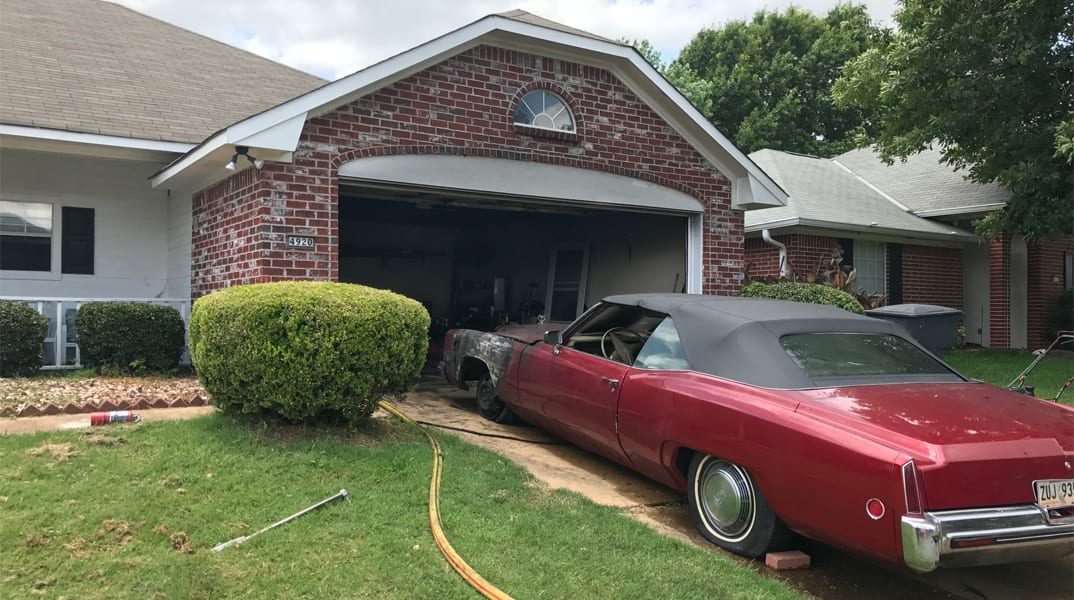 A quick action by Bossier City Fire Department personnel helped prevent flames from a car fire from spreading into a house Friday.

Firefighters were called to a home in the 4900 block of General Sterling Price Place just before 1 PM regarding a car catching fire inside the garage. The first fire crews arrived on the scene within four minutes of receiving the call and quickly began dousing the fire with water.

Firefighters had the fire out within several minutes and managed to keep the fire from causing serious damage to the home. However, the home did sustain smoke damage.

The cause of the fire remains undetermined.

The homeowner who was inside the residence at the time was not injured. The car, a 1973 Cadillac convertible, was heavily damaged by the fire.