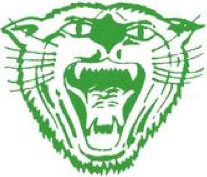 The Bossier High School Alumni Association Sport and Spirit Hall of inducted eight new members Saturday during a ceremony in the school’s auditorium.

The Hall of Fame recognizes the contributions of individuals and teams that have excelled in sports and spirit at Bossier High.

Coleman was honored for his outstanding coaching leadership and faculty service. He coached at Bosier from 1964-1980. A star player at Jena High School, Coleman was the second leading rusher in the state in his senior year there. He was a three-year letterman and stellar quarterback at Louisiana Tech. He also played cornerback and safety.

Marsh was a two-sport letterman at BHS. As a youth, he was a member of the 15-year-old team that played in the National Baseball Tournament in Hersey, Penn., in 1962. He was named the Outstanding Player of the tournament. At Bossier, Curtis was named All-City, All-District, and All-State. He was offered a baseball contract with the St. Louis Cardinals, Kansas City and the Pittsburgh Pirates. Curtis was also named All-District and honorable mention All-State in football. Legendary Oklahoma head football coach Bud Wilkinson signed Curtis to a scholarship.

Mike Smith, Coach David Smith and Curtis Marsh are honored on the 50th anniversary of their graduation from Bossier.

Hill was named to the All-City baseball team as an outfielder. Most of his playing time was as a catcher. He was a member of the Panola Junior College team that won the 1969 National Junior College Baseball Championship. Pesky was a co-captain of the 1967-68 basketball team. He has been active with the Independence Bowl since 1992 and was Chairman of the Millennium 2000 Indy Bowl, that is affectionately remembered for literally being the “Snow Bowl”. Pesky graduated from Northwestern State University in Sports Journalism in 1972 and worked in sports media for several universities.

Fulghum had three stellar years as a starter on the basketball and baseball teams. His teams lost only two games in his last two years. Each game was a state championship final game. Hal was a student leader. He was named Mr. Bossier High School his senior year. He was selected All-City and All-District in three sports.

Griffin was an All-District wide receiver. Teammates named him co-captain in 1979, his senior season. Ricky was a champion wrestler with a 29-1 record. He was the Louisiana State Wrestling Champion in the 167-pound class. Griffin returned to Bossier High after graduation as the volunteer, unpaid head coach of the wrestling team. He began at age 19 and coached from 1980-84. Griffin guided Bossier to its first wrestling state championship in 1983.

The Sports and Spirit Hall of Fame began in 2008. Don Weathersby chaired the 2014 event and was chairman for three other previous gatherings.

For the ceremony, the Bossier auditorium was decorated with American flags set out for Veteran’s Day. Twenty-three Bearkats died in service. Many Bossier service veterans were part of BHS sports teams and bands.

Weathersby welcomed the crowd at the well-attended event. He then asked Coach Randall Kirkland to stand and be recognized. At age 93, Kirkland is “Dean” of Bossier High coaches. His four state championships are the record. He was assistant coach on the 1948 state football championship team. He was also head coach of three consecutive state track and field championship teams (1949, 1950, and 1951). Kirkland was inducted into the Hall of Fame at its inaugural event in 2008. He has perfect attendance for all the Hall of Fame gatherings.

John Ropp, another Bossier coach for all seasons, was in the crowd. He was accompanied by the only Bossier band drum major to ever lead the Bearkats marching band in three consecutive seasons. His wife Quincy Lincecum Ropp is the first female to be inducted the BHS Hall of Fame. Ropp was inducted first into the BHS All-Opponent team and then again as a the coach of the dominant Bearkats freshman football team at Rusheon when ninth-grade was still junior high.

Quincey’s beauty and charm led John Ropp to Bossier City. When the two paired, the stars and football fortunes of Northwest Lousiana sports were realigned. John Ropp became one of Northwest Louisiana’s legendary coaches. He was named Airline High School’s first head football coach, and made the school a state championship contender by Year 2. The former BHS math teacher completed his football coaching career with the Northwestern State University Demons.

Induction into the Hall of Fame is by nomination and is chosen by a select committee of the BHSAA and approval by the voting membership. A nominator must be a registered member of the BHS Alumni Association. BHSAA Dues are $15 annually or $250 lifetime, and may be paid on the website at www.bearkatsforever.org

There are for the moment three recognition groups within the BHSAA: The Sports and Spirit Hall of Fame. Nearly 300 players, coaches, band and spirit leaders have been inducted thus far.
The second is the Hall of Fame – Lifetime Achievement (Alumni, Faculty and Special Honorary BearKats). Nearly 100 distinguished persons of local, state, national and international stature have been honored.

The third group is The Legion of Honor for Bearkats who died in military service. Twenty-three Bossier alumni are remembered here. A living memorial of flags remembers the fallen Bearkats and also those veterans who served. There is a flag that was flown over the nation’s capitol for each of the lost.

Bossier High football began in 1926 and Bearkats was chosen as the mascot. The Bossier Invitational basketball tournament is the longest consecutively running tournament in Northwest Louisiana.

— Buzz Wojecki, Special to The Press-Tribune