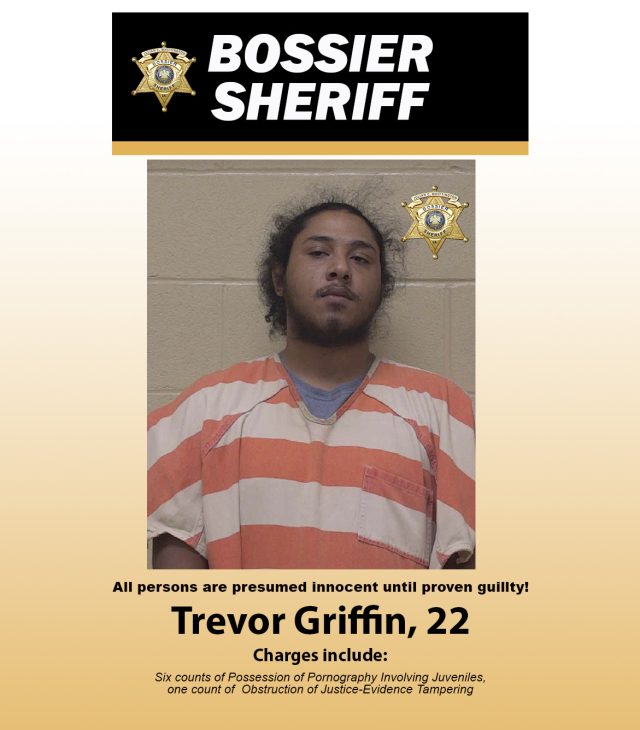 Detectives with the Bossier Sheriff’s Office arrested a local man yesterday for possessing
child pornography and destroying evidence prior to his arrest.

Trevor Griffin, 22, of Bossier, was arrested after detectives received a tip leading to an
investigation that he was in possession of child pornography. During their investigation
detectives recovered images of prepubescent juveniles under the age of 13.

After being read his rights, Griffin confessed that the images were his and that he also
destroyed other images on his electronic device. Griffin was booked into the Bossier-Max
Facility on six counts of Pornography Involving Juveniles and one count of Obstruction of
Justice-Evidence Tampering. His bond is set at $250,000.00.

This matter is still under investigation. Detectives with the Bossier Sheriff’s Office
continue to aggressively investigate child sexual abuse cases with the Internet Crimes Against
Children (ICAC) team, the Attorney General’s Office, and with the aid of the latest technology.

They encourage anyone with information regarding this crime or any other crimes against
children to contact the Bossier Sheriff’s Office at (318) 965-2203.