Bossier City police have arrested a local man in connection with the aggravated rape of a juvenile.

Detectives with the BCPD’s Juvenile Unit arrested Morris Garnal Riggins, 56, of Bossier City Sunday on a charge of aggravated rape for sexually assaulting a female under the age of 13. 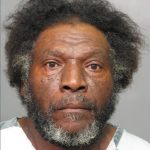 Riggins was allegedly armed with a knife at the time. The incident occurred early Sunday morning at Riggins’ residence in the 400 block of Yarbrough Street.

Riggins was booked in the Bossier City Jail following an investigation conducted by detectives and was subsequently transferred to the Bossier Parish Maximum Security Facility. Bond has not yet been set.