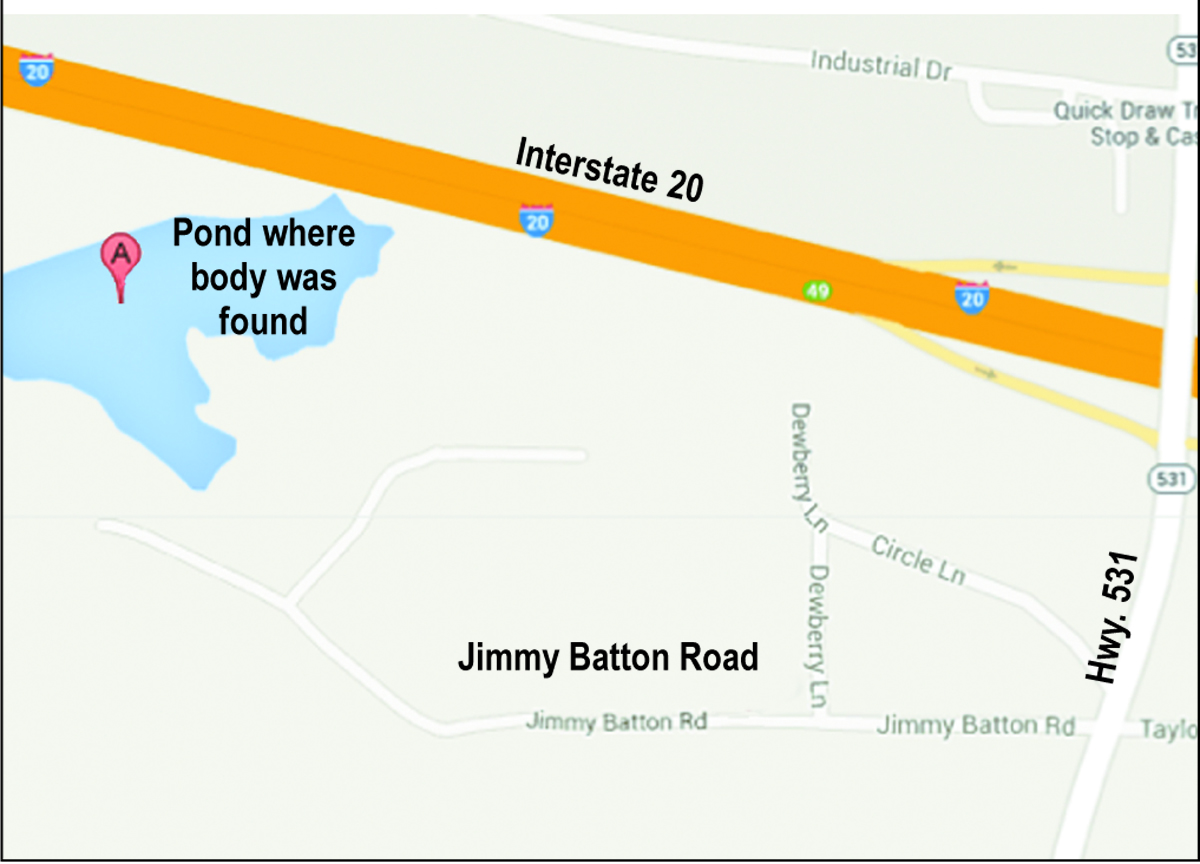 Nine days after he ran from law enforcement, a Bossier City man was found dead in a pond off Interstate 20 and Hwy. 531.

According to Webster Parish Sheriff Gary Sexton, the body of 27-year-old Raffe Howard Haynes was recovered around 8 a.m. Wednesday. He had been missing about 10 days.

“The body was located in the pond, we believe by a family member, who then called us,” Sexton said. “We responded and contacted the (Minden) fire department to help us retrieve it.”

Sexton said family members had been in contact with law enforcement authorities since Haynes fled on foot from a Troop G state trooper who had pulled over his vehicle on Interstate 20 September 9.

“His parents talked to Troop G and told them it was unlike him to be out of touch for a long period of time,” said the sheriff.

Sexton said Haynes ran from the trooper who conducted a traffic stop around 8 p.m. near exit 49 (Hwy. 531).

“State police had gotten a call about an erratic driver,” Sexton said. “One of the troopers spotted the vehicle and pulled it over.

“The trooper got Haynes out of the vehicle to interview him, and a check showed Haynes had an extensive criminal history and some prior DWIs,” the sheriff continued. “The trooper said he detected a strong smell of alcohol on Haynes’ breath.”

At that point, Sexton said Haynes fled on foot, and his department, as well as Minden police were called to aid with a search of the area.

“Haynes was never located, so that was the end of the story – end of the traffic stop – until this morning,” Sexton said Wednesday.

Haynes’ body was located floating in a pond, just west of the traffic stop at Hwy. 531 and south of I-20.

“When we retrieved the body from the water and pulled out the identification, it was Haynes,” said the sheriff. “We can’t fill in the gaps of what happened from the moment he ran until his body was found, but we believe when he fled – and not knowing this area or the pond and being somewhat disoriented, like the trooper said – he got into the water somehow.”

Haynes’ boots were reportedly found at the edge of the pond “stuck in the mud” on the opposite side from where the body was floating.

Sexton said the body was sent to Little Rock for autopsy but he fears the results will be limited due to decomposition.

Until the autopsy results are in, the Webster Parish Sheriff’s Office will continued the investigation. Sexton said he hopes to receive those results in “a few days.”

This story was first published in the Minden Press-Herald.