A Bossier man has been found guilty of molesting a 13 year old.

Corn was accused of having sexual intercourse with a child under the age of 13 between the years of 2006 and 2014. The child victim did not tell anyone about being abused until March of 2016. Following the victim’s disclosure, the victim and two other minors were interviewed by a forensic interviewer with a child advocacy center. Videos of those interviews were played to the jury. The victim and the other minors also testified under oath at trial and provided testimony which corroborated many of the details of the victim’s abuse. 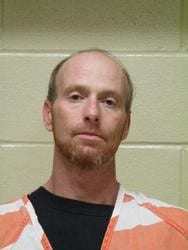 Prosecutors also presented testimony from Dr. Scott Benton, an expert in child abuse pediatrics, who explained to the jury that in a majority of cases, children delay disclosing their sexual abuse to anyone for over a week to two years. Dr. Benton’s expert testimony also educated the jury that in a large majority of cases there is no physical injury to the child that is the victim of sexual abuse and there is usually very little chance of finding physical evidence such as DNA. The case was prosecuted by Doug Stinson and Andrew Jacobs of the Bossier-Webster District Attorney’s office.

“I’m amazed at the courage the victim had in this case to confront the person that sexually abused the victim,” said Bossier Webster District Attorney Schuyler Marvin. DA Marvin added, “I’m proud of our office for prosecuting a difficult case. There are a lot of misconceived thoughts that a child will immediately tell someone when the child is being abused and that a child will always have a physical injury. In reality, that is the exception and not the norm.”

Corn, who will be required to register as a sex offender, is due back in court for sentencing by Judge Michael Nerren on Dec. 18, 2018.