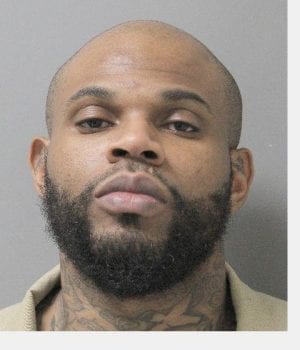 Special to the Bossier Press-Tribune

He was originally charged with attempted second-degree murder of Dearon Tannehill and aggravated battery against Jaderrick Madison in an August 2017 bill of information. Under the terms of his plea agreement, the battery charge was dismissed.

Leehy ordered Benson to write a letter of apology to Tannehill and Madison. Benson’s 10-year sentence in prison at hard labor is to run concurrently to any other sentence.

“There is video of the crime, which shows a subject approach an inmate who was lying in his bunk,” stated the Ouachita Parish sheriff deputy Kevin Rushing’s narrative. “The subject appeared to begin stabbing the victim many times.”

“Madison was at the front of the dorm and he saw Benson coming after him,” stated the deputy’s narrative. “Madison advised Benson accused he and Tannehill of stealing his cell phone. Madison advised he, Benson and Tannehill were ‘cool’ the day before and doesn’t know why Benson thought they had taken his property.”

Tannehill sustained 34 stab wounds to the neck, torso, and arms.

“I asked him what happened and he said, ‘I was asleep,’” stated the deputy’s report. “he advised he didn’t know what happened, who attacked him or why.”

During questioning after the incident, Benson said life in prison required a different way of living and that an inmate has to protect himself daily. He claimed the victims took something from him so he needed to do what he did. He claimed he blacked out when the incident occurred.

This story originally appeared in the Ouachita Citizen.