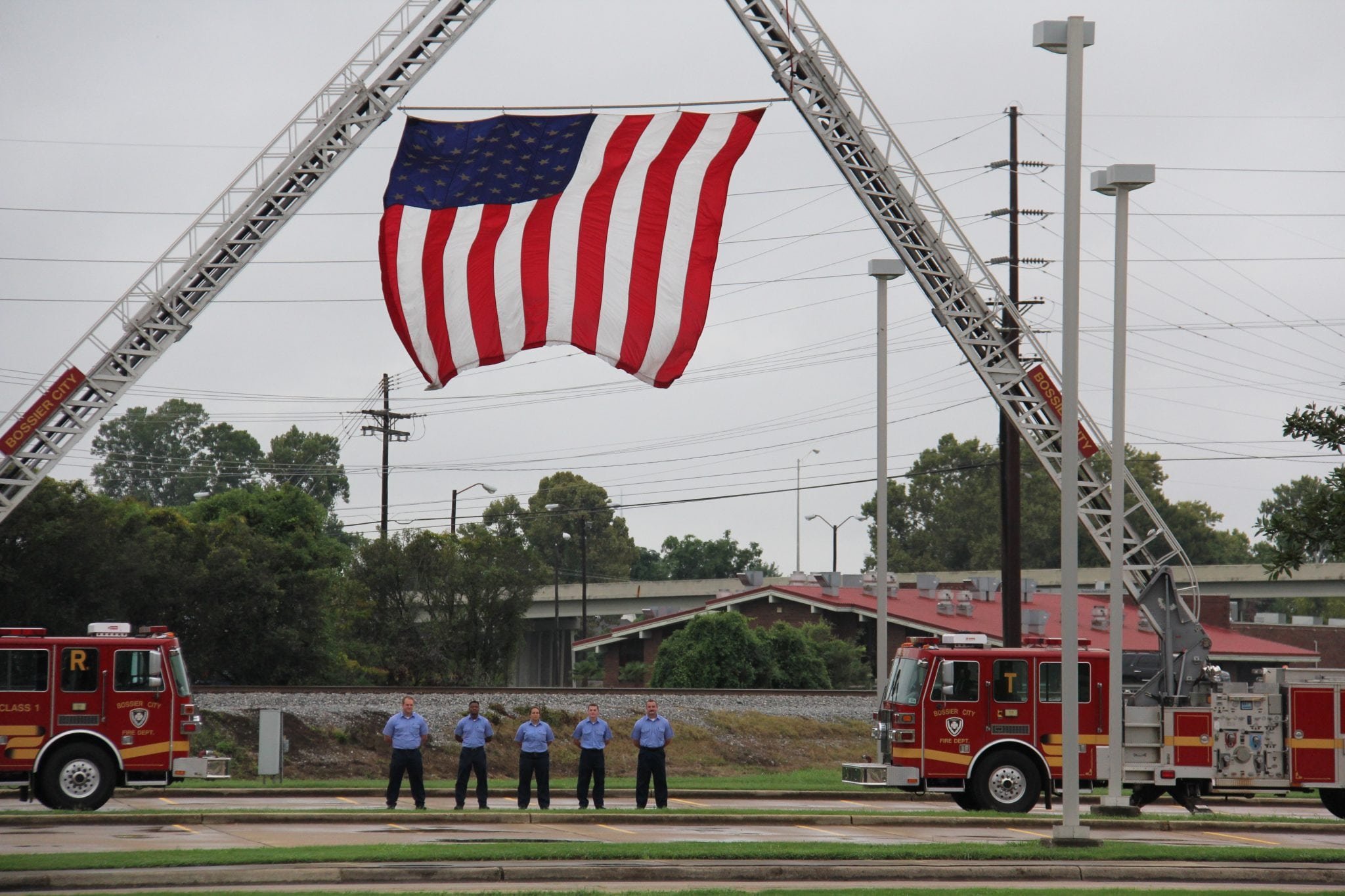 The Bossier City community and elected officials, honored the lives that were lost 17 years ago with the 9-11 Remembrance Ceremony and the 2018 Patriot Awards at the Bossier Civic Center Tuesday.

“Have you ever heard the name ‘Christine Lee Hanson?’ Christine Lee Hanson was the youngest victim of 9-11 at 2-years-old. She was a passenger on United Airlines Flight 175, which struck the south tower,” Cox said. “We must never forget what 9-11 is all about.”

Following that ceremony, attendees moved down the hall from the Civic Center to honor local heroes at the 2018 Patriot Awards Luncheon.

Sponsored by the Bossier Chamber of Commerce, recognizes first responders in the community — law enforcement, fire/EMS teams, and military personnel in Bossier City and Shreveport as well as Bossier and Caddo Parishes.

“Today, we are here to gather and honor the men and women who put their lives on the line for us every day right here in our community. Thanks to their tireless dedication to their city, parish, state and country, we can all feel safe in our homes and enjoy the privilege of freedom,” said Lisa Johnson, president and CEO of Bossier Chamber of Commerce.

“There were men and women who took us along and said ‘Yes, we are going through the valley of death. But at some point we are going to come out on the other end refreshed and standing in the light of freedom, liberty and democracy.’ That’s the greatness of the leadership and responsibility of the military, emergency management, fireman, police,” said Dr. Fletcher. “Today, more leaders still come forward to say, ‘I will be responsible, I will show motivation, I will continue to raise generations of people who will be courageous.’ I honor each and every one of you.”

This years 2018 Patriot Awards honorees are:

A gallery of the ceremonies follows below: