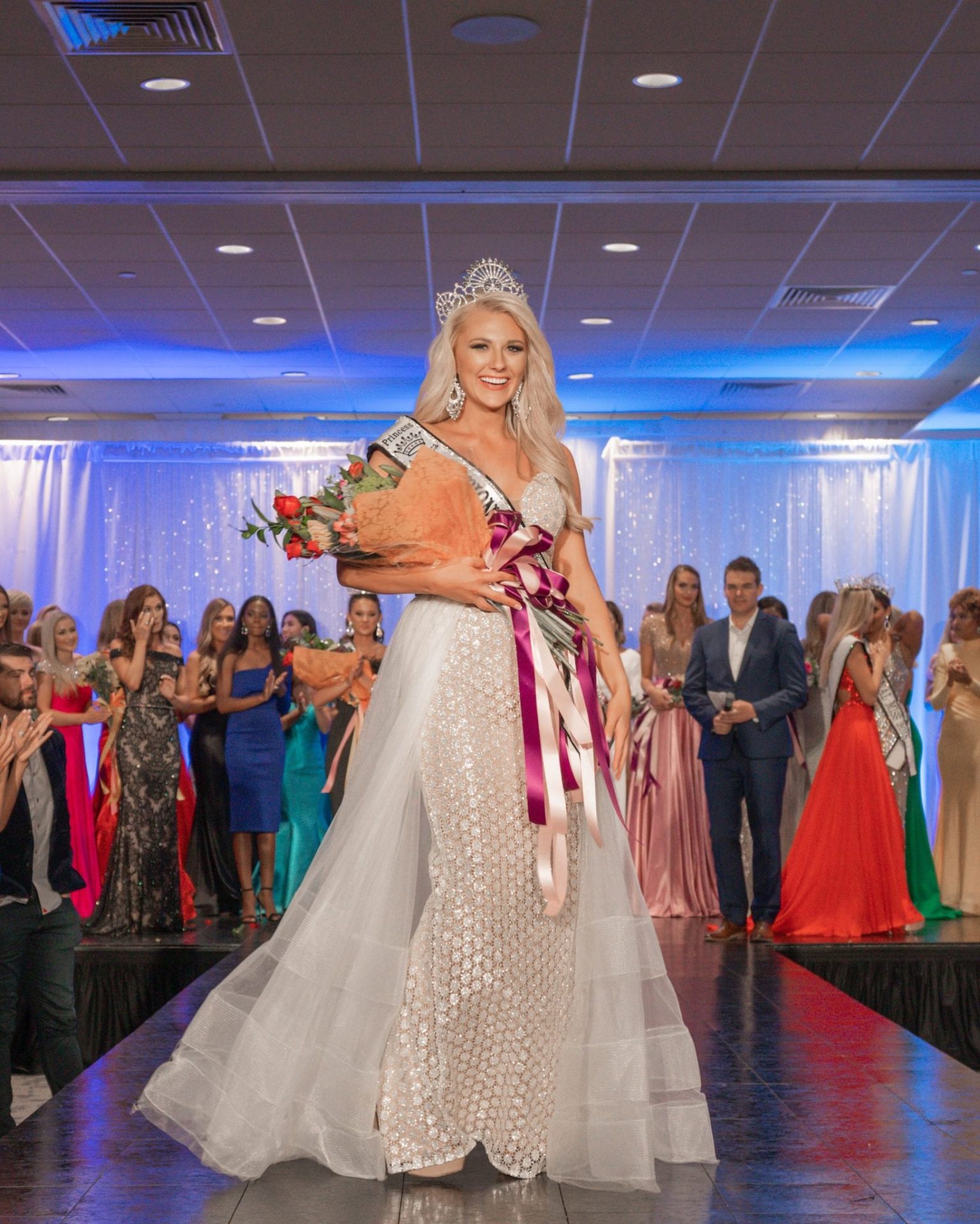 ARKANSAS MISS Mackenzie Hinderberger was crowned Princess America Pageants’ National Miss 2019. A graduate of Parkway high school, and now a student at the University of Arkansas, Mackenzie is pursuing a Bachelor of Education to become a kindergarten teacher.

She is a member of the Phi Mu recruitment team and advocates for children with disabilities. Mackenzie enjoys working out, dancing, modeling, and philanthropic opportunities. She devotes much of her spare time to volunteering and she hope s to use the year ahead to continue her fundraising efforts, as well as motivating students to learn to love reading.

The Avanti Palms Resort in Orlando, Florida played host to Princess America Pageants’ 2019 week-long national event. Contestants from across the country met in the Sunshine State and The City Beautiful to compete for cash, prizes, scholarships, and awards July 8–13.

Phases of competition for the TEEN & MISS divisions, each worth 25% of the total score, included Physical Fitness, Personal Expression, Private Interview, and Evening Wear.

After arriving in Orlando the Junior Teen, Teen, and Miss Delegates registered, and then along with their families, enjoyed a welcome luncheon themed as a summer garden party. Many wearing floral print dresses and hats, they prepared for orientation and their first rehearsal in the hotel’s convention center.

On Wednesday morning they boarded the bus for the Give Kids the World Village. The contestants enjoyed lunch provided by the village, a dance party, numerous service projects, and a special small group “Meet & Greet” with children and their families. The visit, combined with the fundraising efforts of all four age divisions, culminated with the presentation of a check for close to $19,000 in funds for GIVE KIDS THE WORLD. That evening contestants and families had the opportunity to attend Pirate’s Dinner Adventure on International Drive.

Thursday morning began with a poolside swimwear photo shoot with celebrity photographer Carlos Velez. Delegates then prepared for the evening’s main event, a “Silver Celebration” themed Silent Auction & Awards Gala. After an elegant dinner, attendees also bid on items brought by each state representative in an attempt to raise money for the Princess America Scholarship Fund.

On Saturday, after two days of interviews and preliminary competition for the Teens and the Miss with the celebrity panel, the new national titleholders were crowned.