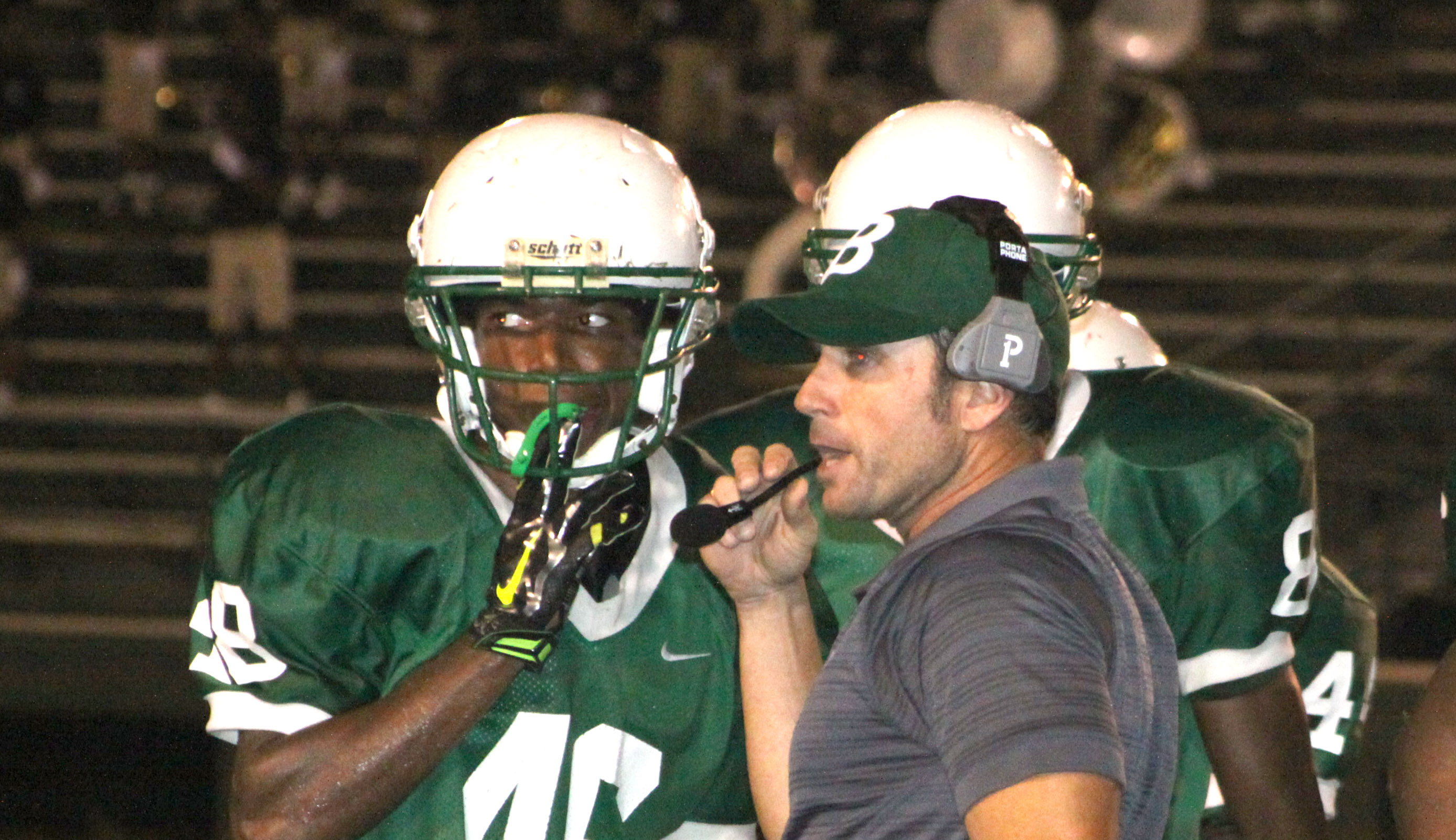 The Bossier Bearkats rallied from an 8-point, fourth-quarter deficit to defeat the Logansport Tigers 35-34 overtime Friday night in Logansport.

Trailing 28-20, Bossier got within two on a 9-yard pass from Keimun Daniels to Joseph Bush with 2:08 to play. Big Aaeron Smallwood pushed a pile of players into the end zone for the two-point conversion to tie it.

Logansport scored on its first play in OT. But the Bearkats defense rose up and knocked down a slant pass to deny the two-point conversion.

Smallwood then scored on a 2-yard run on third-and-goal to tie it again. Rene’ Alvarado won it with his extra-point kick.

Smallwood carried 27 times for 135 yards and two touchdowns, his third straight game of 100-plus yards.

Tight end Kevin Bonapart had a good game, catching three pass for 63 yards and a touchdown.

Bonapart’s TD catch capped a 9-play drive and tied the game at 7 late in the first quarter.

After Logansport took a 14-7 lead, the Bearkats drove 56 yards to tie it on Smallwood’s first TD and Alvarado’s second PAT.

The Bossier defense set up the third TD by recovering a fumble at the Logansport 15. Bush’s 1-yard run made it 20-14 with 5:52 left in the half. But the Tigers responded with a TD and two-point conversion to take a 22-20 halftime led.

Logansport’s final touchdown came with 10:45 left, setting the stage for the Bearkats’ comeback.

ST. MARY’S 54, PLAIN DEALING 6: At Plain Dealing, the No. 2-ranked Tigers proved too much for the Lions to handle.

The Lions open District 1-1A play at Homer Friday. Homer (1-2) edged North Caddo 14-12 Friday for its first win of the season.

Josh Hickman scored two first-quarter touchdowns for St. Mary’s. The Tigers increased the lead to 28-0 at the half.