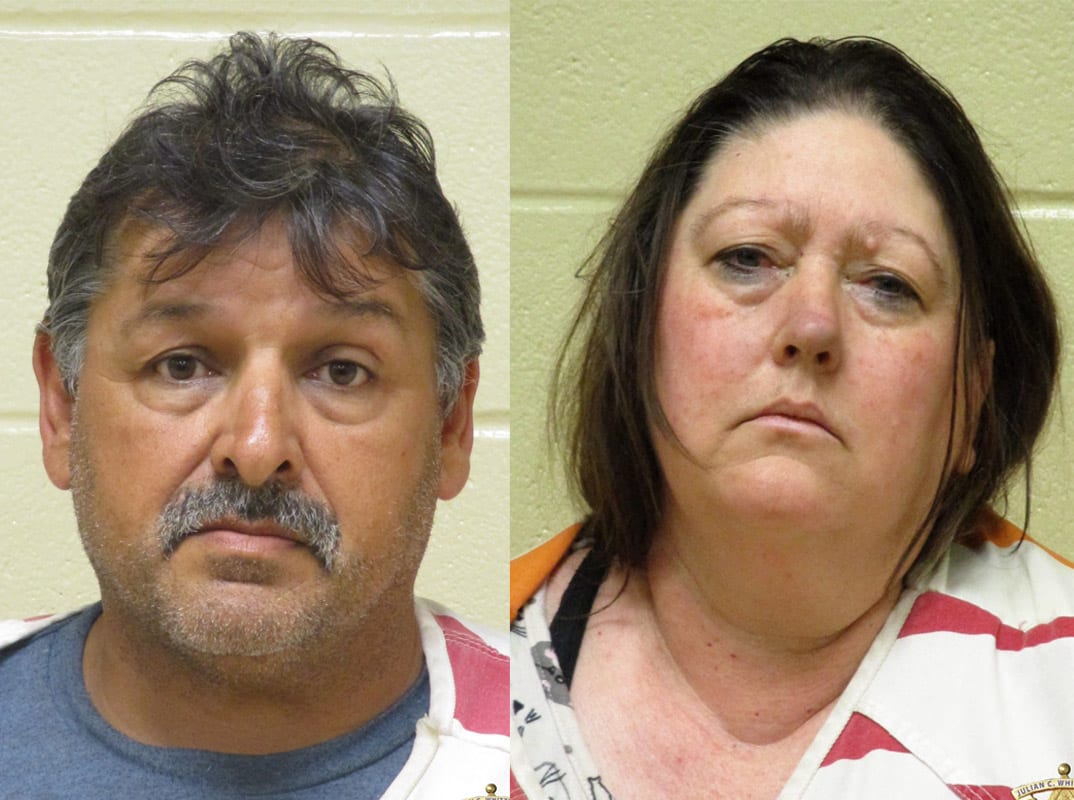 Two Bossier Parish parents have been arrested on charges of child abuse.

Richard Kendall Thompson, 53, and Leah B. Thompson, 52, of the 500 block of Maxwell Road of Haughton, were arrested on charges of cruelty to juveniles and criminal neglect of family.

On June 24, a Bossier Sheriff’s Offices deputy was dispatched to the Arthur Ray Teague Substation to view some third-party evidence via cell phone from the Shreveport Deputy Marshal’s Office. The deputy described two images from the cellphone as minor children with their arms in zip ties tightened around their wrists. Nine videos showing Leah wearing a black and white shirt, striking the victims several times with an instrument on the legs, buttocks arms and heads.  A male child was seen being kicked; a female child hair was pulled, making her head jerk down. In the videos, the children were screaming and Leah was yelling profanities.

Detectives say the video was filmed on a borrowed cellphone by one of the juveniles in the home. The video was then sent to a family member who forwarded it to Shreveport Deputy Marshal’s Office.

The children were taken to the Gingerbread House for a forensic interview. During the interview one of the children stated, “Mom would whip them every day, and that she would not feed them breakfast or lunch, they would only get to eat supper.” Another child stated, “Mom would poke them with a pin and make them sleep outside.” “She would smell our breaths to see if we were stealing food.” Another child stated “they would get hit with the big black paddle.” That child also stated he was pushed into a wall after taking a pickle and chicken because he was hungry.

On June 26, Richard Thompson was arrested on warrants for criminal neglect of family and cruelty to a juvenile.