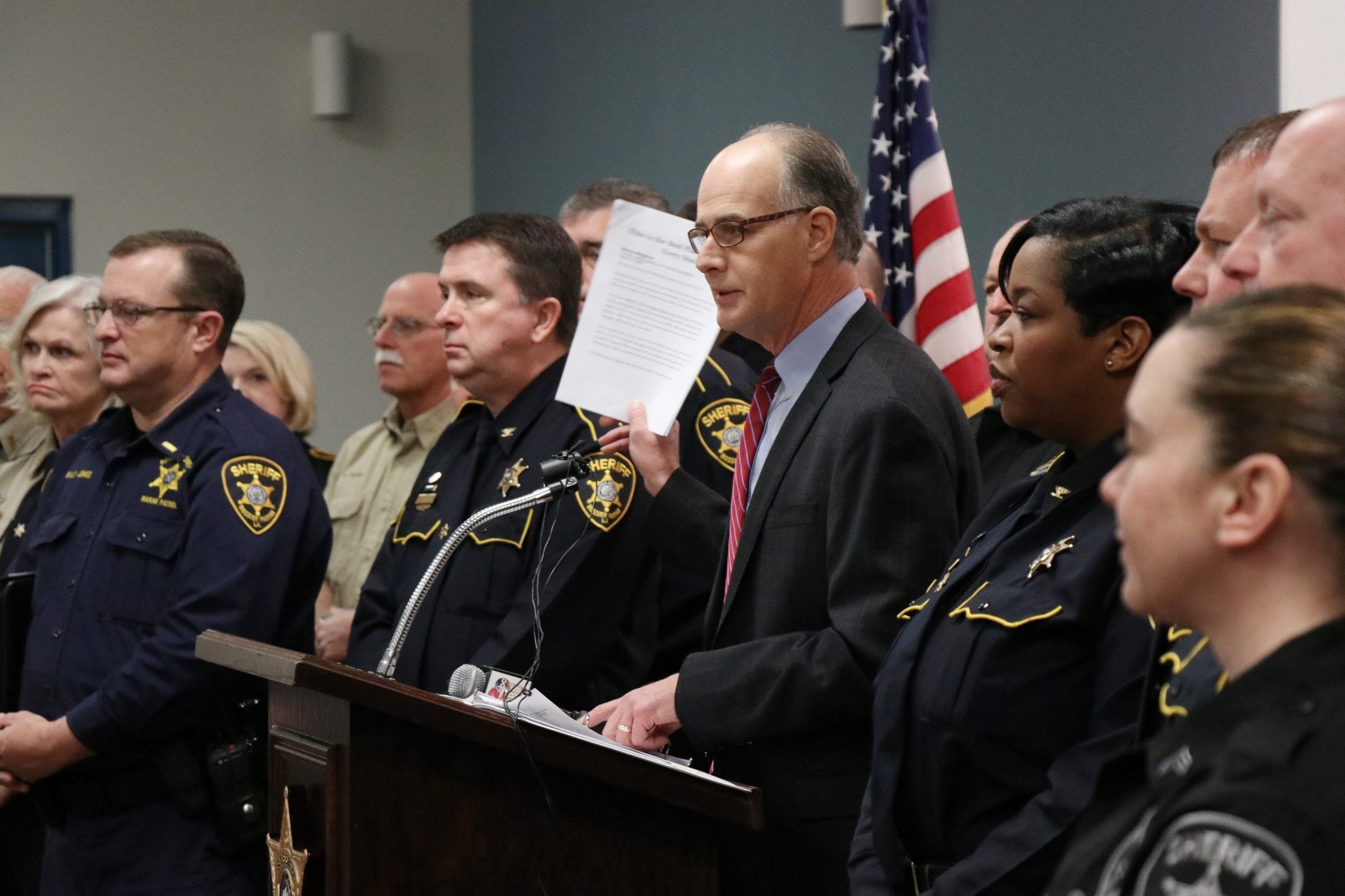 Bossier Parish has experienced a near 6 percent decrease in major crimes, according to statistics released for 2017.

There were at total of 915 major crimes in the parish in 2017, down from 973 the year before.  These crime statistics are for Bossier Parish and the unincorporated portions of the parish, which does not include the city limits of Bossier City, Benton, Haughton and Plain Dealing.

“Safety doesn’t just happen – it’s because of a team of dedicated deputies, staff and Posse who diligently serve and protect,” Bossier Sheriff Julian Whittington said.  “Together, we are one team with one goal – to serve the residents of Bossier Parish.”

Property crimes, however, slightly increased from 488 in 2016 to 498 in 2017. These crimes include burglaries (residential, vehicle, business), theft, motor vehicle theft and arson.

Although the number of vehicle burglaries was lower in 2017 than 2016, Whittington said that’s the one crime that can easily be prevented.

It’s primarily because of unlocked vehicles.

“We do live in a safe place, but please lock your vehicles,” Whittington said. “Most of the time they don’t knock the windows out. They simply open the door if it’s left unlocked. It’s one of our biggest problems, but the easiest to prevent.”

The numbers show reported incidents in the major crime categories of burglaries, aggravated assaults and thefts decreased in 2017 while numbers increased in homicide, armed robbery, rape, and auto theft cases.

Money Magazine recently named Bossier as the best place to live in the state of Louisiana, and crime was one of the factors.

“We already knew Bossier was a great place to live…just glad it was confirmed,” Whittington said. “We strive daily to be proactive in fighting crime and keeping Bossier Parish a premier place to call home and raise a family.”

The parish has seen phenomenal growth over the past few decades and is projected to keep that trend. While some areas and communities are decreasing in population, the number of residents living in Bossier Parish continues to grow.

Whittington said his department is committed to providing courteous, professional and responsive service to the residents who call Bossier home.

“Growth produces increased public safety measures…a committed law enforcement team and wonderful citizens working together is the reason for our success,” Whittington said. “I am grateful as sheriff to lead such a superb organization and serve the residents of our great parish.”

Whittington also praised the residents of Bossier Parish for their support of law enforcement and fighting crime.

“The public expects and deserves to live in a safe community.  We strive to deliver,” he said.