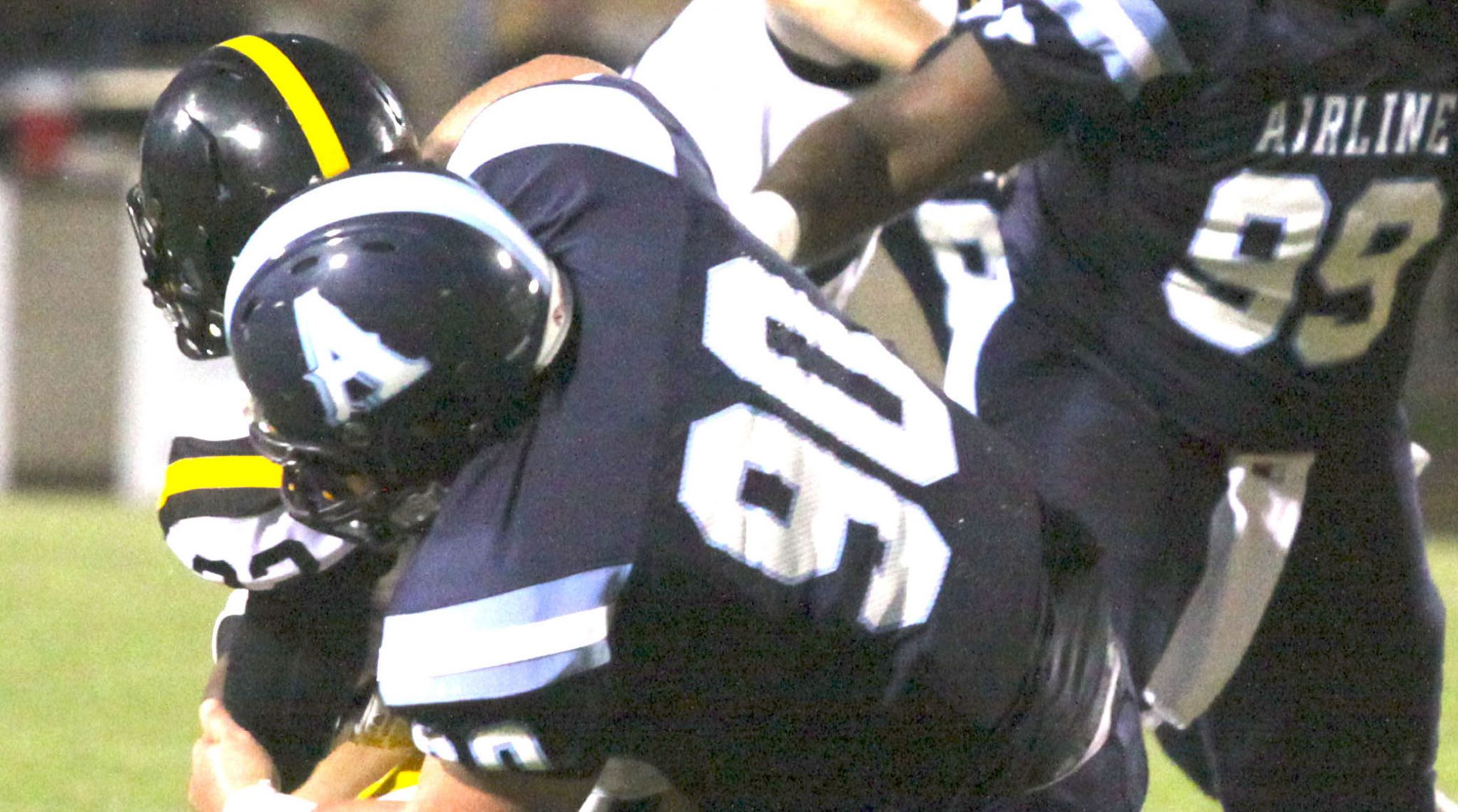 Bossier Parish players swept the individual honors on the All-District 1-5A football team selected by the coaches.

Harris, who graduated at mid-term and will enroll at LSU for the spring semester, led Parkway to its first perfect regular season and state championship game. The Panthers finished 13-1 after falling to Acadiana 77-41 in the Class 5A title game in the Mercedes-Benz Superdome on Dec. 14.

The 6-foot-1, 260-pound Matthews had 22 tackles for loss and seven sacks. He led a defense considered to be among the best in Northwest Louisiana.

Parkway, which won the District 1-5A title with a 5-0 mark, had eight first-team selections.

Byrd, which finished second in the district and reached the Division I state championship game, had the most first-team selections with nine.

Parkway defeated Byrd 52-29 in Week 8 in a game that ultimately decided the district title.

Airline, which finished third and took Parkway to the wire in the regular-season finale, placed five players on the first team.

Haughton, which made the playoffs, placed six.

Jefferson, a Louisiana Tech commitment, caught 53 passes for 1,218 yards and nine touchdowns in the 14-game season.

McKnight, who made the team at the “athlete” position, had 1,055 yards combined rushing and receiving and 14 touchdowns.

He rushed for 600 yards on 64 carries and scored nine touchdowns. He also caught 14 passes for 455 yards, an average of 32.5 yards per catch, and five touchdowns.

King had 110 tackles and a team-high seven interceptions.

Treglia and Knowles blocked for an offense that averaged 510.8 yards per game and 48.2 points.

Parker made the first- team for the third straight year. Smith, an Alabama commitment, is a repeat selection. He was the co-Defensive MVP last season.

Haines, who battled injuries the latter half of the season, completed 108 of 172 passes for 1,456 yards and 14 touchdowns with six interceptions in the regular season.

Jerrod Craft made the first team for the third straight year. Jarred Craft, who also battled injuries and had to sit out several games, rushed for 514 yards on 83 carries and scored five touchdowns. He is a repeat first-team selection.