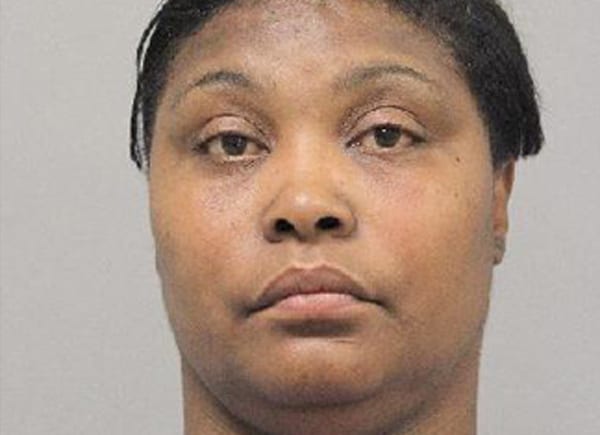 Dixie Inn Police Chief James Edwards says Officer Robert Davis conducted a traffic stop when he clocked a vehicle speeding at 47 miles per hour in a 35 mile per hour zone on a vehicle headed north of Dixie Inn from Minden, Saturday, April 23.

Upon contact with the driver, identified as Kimberly Mims Jackson, 39, of the 300 block of Shane Drive, Davis noted a 15-year-old, a five-year-old and an infant inside the vehicle, and at the same time, smelled the odor of what he believed to be alcoholic beverages coming from the vehicle.

“She admitted that she’d been drinking,” Edwards said. “Officer Davis conducted a field sobriety test and she didn’t do so well. One of the juveniles, the 5-year-old, was also not strapped in properly.”

He placed her under arrest for the offense of driving while intoxicated, first offense, with child endangerment, speeding and no child restraint. She was transported to police headquarters where she submitted a breath sample on the Intoxilyzer 500. Edwards says her blood alcohol content was above the legal limit at .092 percent. The legal limit is .08.
“During booking, she told Officer Davis that she is a bus driver for the Bossier Parish School Board,” he said.

Officials with the Bossier Parish School Board confirmed Jackson is employed as a bus driver.

The children were released into the care of family members before Jackson was transported to police headquarters, Edwards said.

She was booked at Bayou Dorcheat Correctional Center. Edwards says she bonded out that evening. Bond totaled $1,380.

This story first appeared in the Minden Press-Herald.