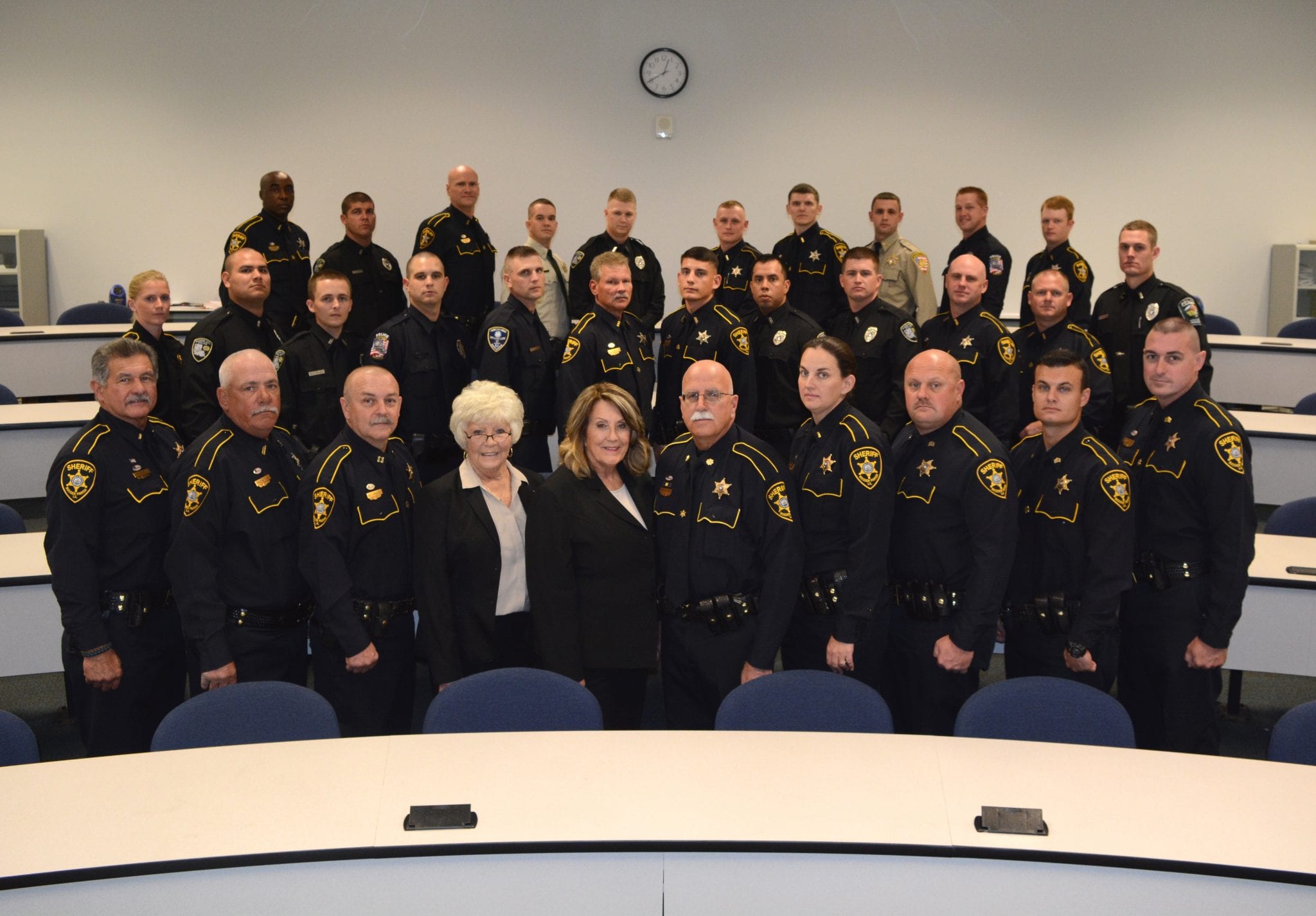 The recruits were part of Class 016 and officially became certified P.O.S.T. (Peace Officer Standards and Training) law enforcement officers; they will report to their respective agencies for follow-on training and assignments.

The guest speaker was Col. (Ret.) Gene Barattini, Deputy Director, Bossier Office of Homeland Security and Emergency Preparedness.  He reminded the new law enforcement officers the importance of service, using some of the very words the recruits themselves penned to describe service.

“Service is the act of helping people,” Barattini reminded them.  “Service is to provide selflessness to those who call upon you. Service is to give something up of value to someone else without expectation of anything in return.”

The graduating class of BPSTA Class 016 is:

Meagan Cates of Plain Dealing Police Department was the recipient of three of the four awards for Class 016, including awards for Honor Graduate, Physical Fitness and Academics. Jason Woda of the Bossier Sheriff’s Office earned the Firearms Proficiency Award.

This class was the first academy class to complete its instruction under the new name of Bossier Parish Sheriff’s Training Academy.  The academy held its first graduation in 2009, and more than 325 recruits have been trained to become POST-certified law enforcement officers over the past seven years.  While academy classes are typically held twice a year, Sheriff Whittington plans to consolidate the classes into one larger class that will be 13 weeks long starting next year.