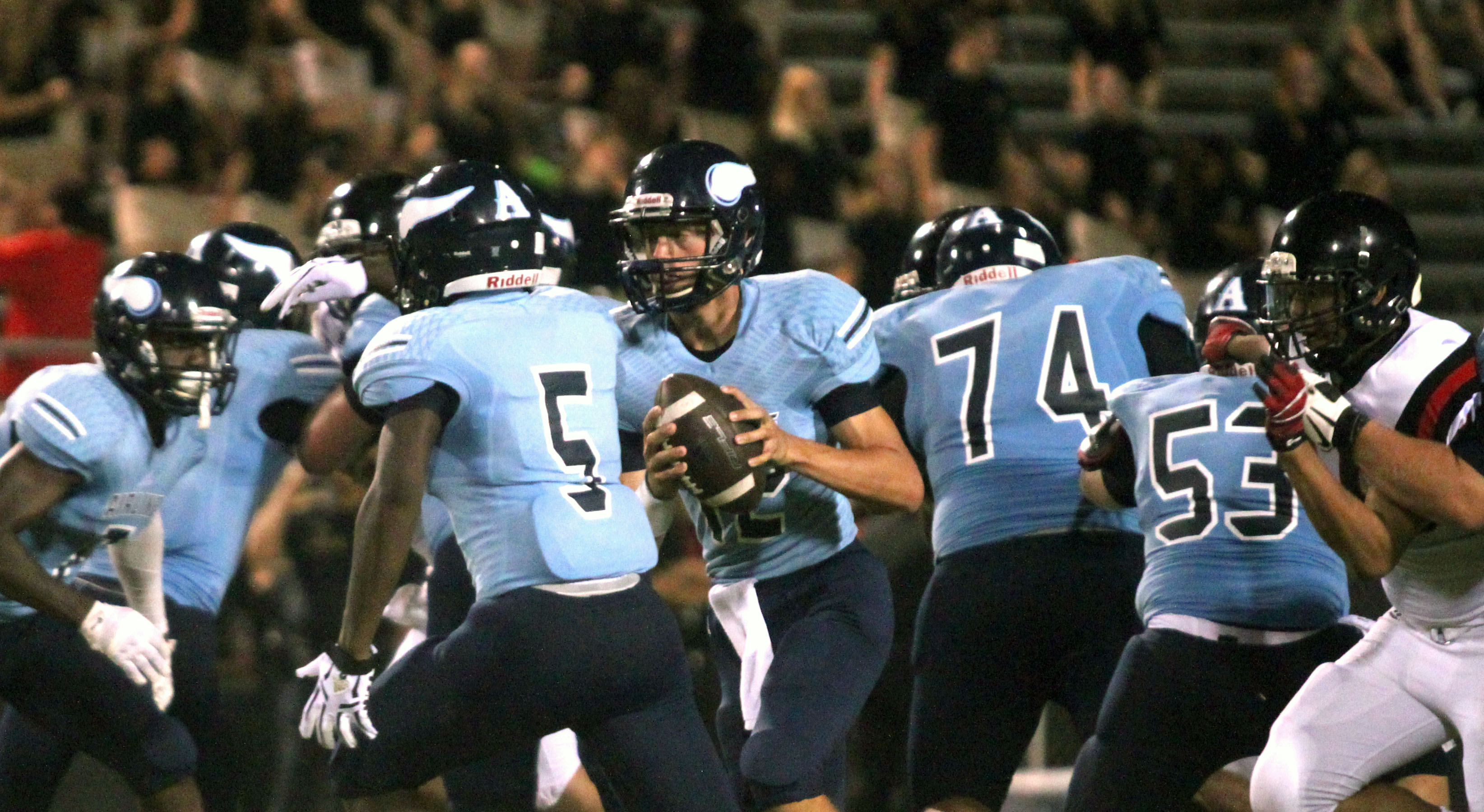 Benton’s game against Natchitoches Central at NSU was suspended with 8:43 to go in the second quarter and the Tigers trailing 7-0. The game was first delayed by lightning and heavy rain. Then the power went out at Turpin Stadium. The game will be resumed Saturday night at 7.

Parkway faces Gladewater, Texas, in the annual Landers Dodge Battle on the Border at 11 a.m. Saturday at Independence Stadium.

The first six minutes of the Airline-Green Oaks game was played in a torrential downpour. Green Oaks took an early lead on a 96-yard touchdown run by Cordarius White. But the Giants didn’t come close to scoring again.

Meanwhile, Airline took advantage of interceptions by Tyrice Neal and Xavier Washington to score 28 second-quarter points. Neal returned one of his for a touchdown. The Vikings wore the outmanned Giants down with a running attack led by Brian Fielding and Shun’Cee Thomas.

Airline, which visits Ruston next week, improved to 2-0. Green Oaks dropped to 0-2.

The Haughton-Minden game was the best of the night by far. Bucs backup quarterback Pryce Curry scored on a 2-yard run on fourth-and-1 late in the game. Starting QB Darius Brooks scored the first TD after some good running by D’Kovin Ware. The Bucs also got a field goal from Nico Broadway.

Haughton improved to 2-0. Minden, which shared the District 1-4A title with North DeSoto and Benton last year, dropped to 1-1.

Bossier also improved to 2-0, which is twice as many games as the Bearkats won the last two seasons. Bossier took the lead for good at 22-14 on Keimun Daniel’s 80-yard kickoff return for a touchdown in the third quarter.
Quintin Smith scored two TDs and Derrick Jones came up with several big defensive plays. General Trass dropped to 1-1.

Sophomore quarterback Matt Sullivan hooked up with junior Keldrick Carper for five touchdowns in Plain Dealing’s victory, the first for new head coach James Thurman. Carper also had an interception and scored a two-point conversion. The Lions improved to 1-1. Lakeside dropped to 0-2.