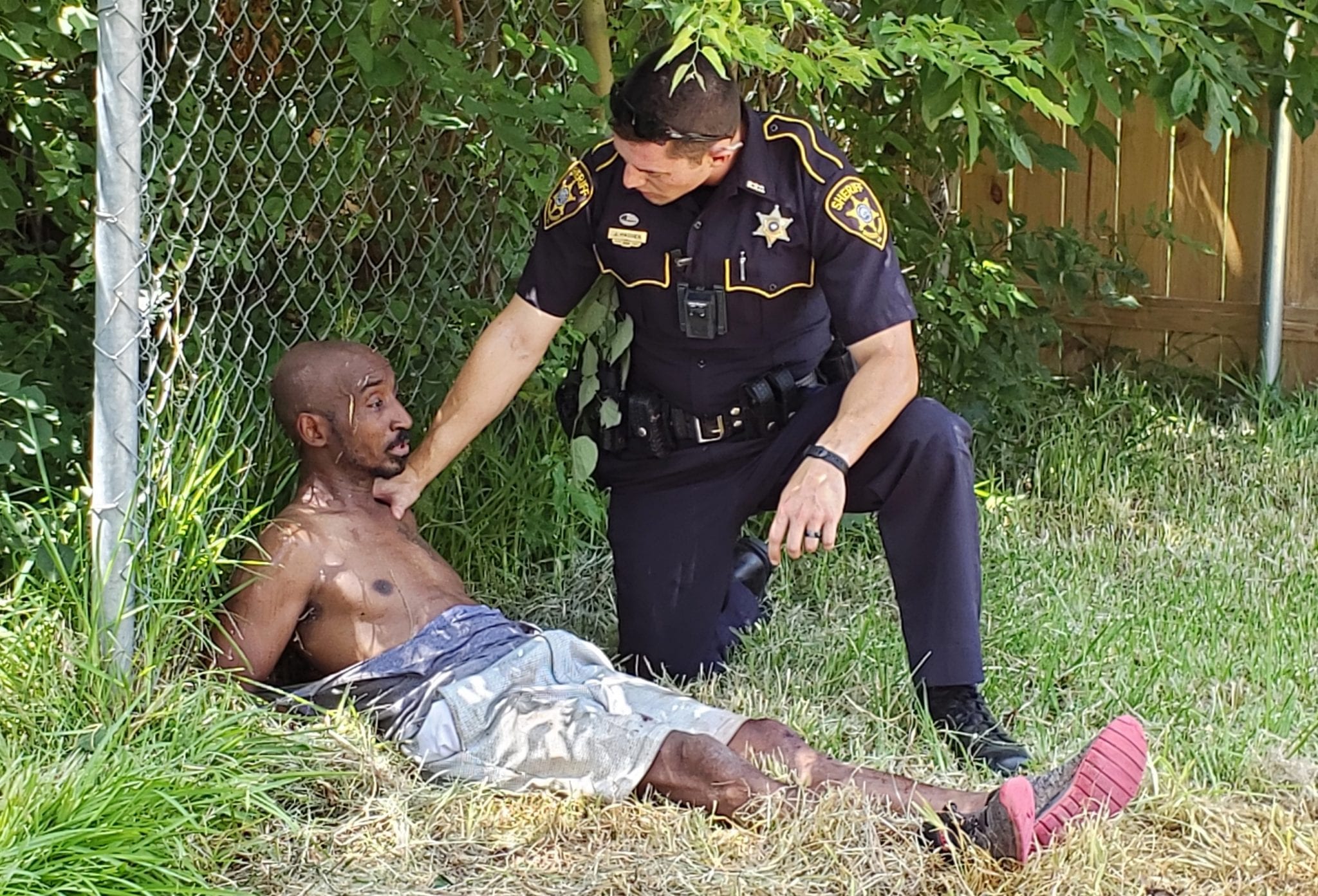 Bossier Sheriff’s Office Patrol deputies captured a suspect in the back yard of a residence in a busy north Bossier Parish neighborhood early Thursday afternoon after he fled from deputies during a traffic stop this morning on Palmetto Road.

Patrol deputies, K-9 team, and drone operators with the Bossier Sheriff’s Office were joined by the U.S. Marshals Fugitive Task Force during the search in the Palmetto Park Subdivision. The Sheriff’s Office would also like to thank a couple of young people in the neighborhood who spotted the man trying to climb the fence into their backyard, which led to the man’s capture.

Bossier deputies took Danny L. Rawls, 50, of Lewisville, Texas, into custody, and medics with Bossier Parish EMS provided medical aid to Rawls, who had been on the run in the hot Bossier sun for hours. He was transported to Oschner’s LSU Health in Shreveport for observation.

Once cleared there, he will be transported to the Bossier Maximum Security Facility for booking, where he will be charged with Aggravated Flight from an Officer, Resisting an Officer, and other possible charges.
It’s not clear why Rawls decided to bail during the traffic stop in the middle of the afternoon on a hot sunny day in a busy subdivision; he did not appear to have any outstanding arrest warrants. However, what is clear is it’s best to comply with deputies during a traffic stop or any other situation. Otherwise, when you run from deputies in Bossier Parish, you will get caught.

“Once again, I’m extremely proud of our deputies and the job they did in making this capture,” said Bossier Sheriff Julian Whittington. “This is another example of how a traffic stop can quickly turn into something much bigger. Thankfully, the residents of Palmetto Park can sleep soundly tonight because of the teamwork of our law enforcement professionals…and the help of a couple of youngsters who ‘saw something and said something’.”

Patrol Deputy J.D. Hadden with the Bossier Sheriff’s Office checks on Danny L. Rawls, 50, of Lewisville, Texas, after his capture on a hot Thursday afternoon in the busy Palmetto Park Subdivision as they awaited Bossier Parish EMS crews.