UPDATE: Thanks to a tip made to Bossier Crime Stoppers, 36-year old Carlzays Lamon Hanson is now in custody. Bossier City police detectives with the assistance of Shreveport police took Hanson into custody Friday morning at a residence in Shreveport.

Bossier City police and Bossier Crime Stoppers are asking the public for information that will help them find a man wanted for committing a residential burglary while he was on parole for a similar incident. 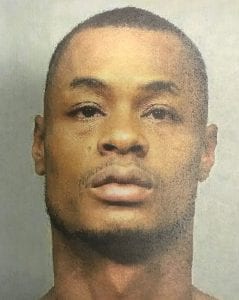 Detectives with the Property Crimes Unit have secured an arrest warrant for 36-year old Carlzays Lamon Hanson of Shreveport for burglary of an inhabited dwelling after linking him to a break in last month at a home in the 1000 block of James Street. An investigation found Hanson, who had recently been released from jail and placed on parole for a prior burglary, took more than $6000 worth of electronics in the burglary including video game systems, televisions and an IMac computer. Bond on the warrant is set at $100,000.

Hanson is a black male, about 6’3” tall and weighs approximately 170 pounds.   Anyone with information regarding Hanson’s whereabouts is asked to contact Bossier Crime Stoppers at 318-424-4100. They can also submit a tip through the www.p3tips.com website or the P3tips mobile app. All tips submitted to Bossier Crimes Stoppers by phone or electronically are secure and anonymous. Persons who provide information that leads to an arrest are eligible for a cash reward.