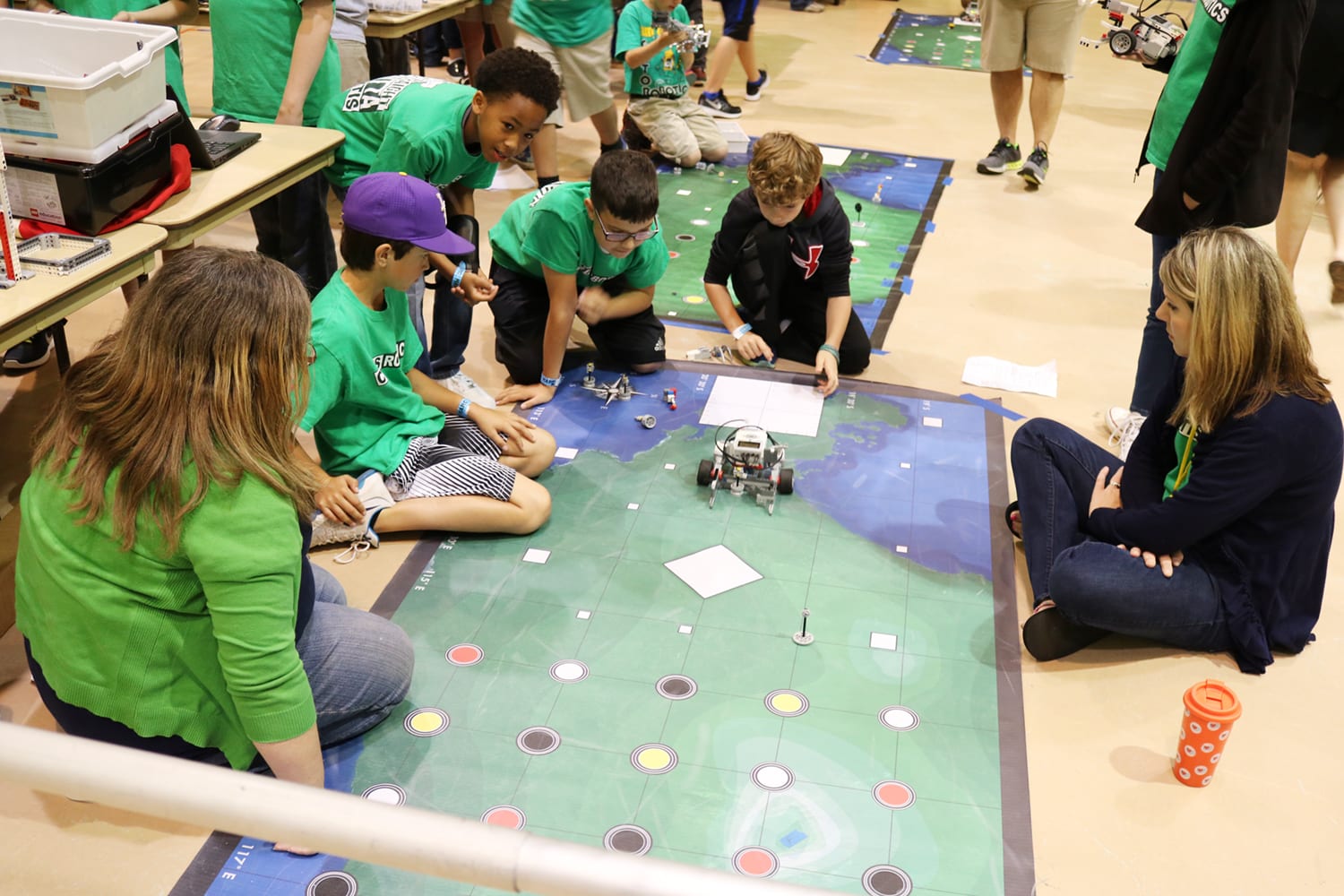 The Bossier Civic Center was teeming with excitement and ingenuity on Saturday, April 29, 2017, as the Regional Autonomous Robotics Circuit (RARC) hosted the final competition of the 2016-2017 school year for over 200 teams from Bossier, Caddo, Natchitoches, Sabine, and Webster Parishes and Miller County, Arkansas.

RARC is a series of three cyber and science, technology, engineering, and mathematics (STEM) competitions for students in grades 3-12.

Throughout this school year, teams have learned about renewable and non-renewable resources as part of the RARC theme, Powering the Future, in addition to mastering concepts like basic robotics, programming, sensors, engineering, and cryptology. The third competition not only included challenges for which teams prepared in advance through pre-released guidelines but also boasted a mystery challenge that was revealed at the competition.

Teams had 30 minutes to use their 21st Century skills like critical thinking, communication, and teamwork to program their robots to accomplish the mystery challenge without the aid of their coaches.

The 2016-2017 RARC grand champions were also named during the awards ceremonies.

The grand champion results are based on an overall circuit score, which is a tally of the highest point total earned by each school’s top team at each competition. Scores from all three competitions were given equal weight.

All grand champions received technology awards to further the robotics programs at their schools.

“With these technology awards, teachers are able to purchase equipment and integrate the innovative concepts from RARC in the classroom for all students. In addition to cyber and STEM skills, students are able to develop critical thinking and decision making skills and work effectively in teams, thus, honing soft skills that employers say are lacking in so many of today’s graduates,” said Dr. Chuck Gardner, Director of Curriculum for the Cyber Innovation Center’s National Integrated Cyber Education Research Center.

“The City of Bossier City has been a co-sponsor of RARC since it began in 2011. I’m proud to see how many students from public, private, and charter schools as well as homeschool and afterschool programs across the region have benefited from this hands-on learning opportunity in the last six years,” commented Bossier City Mayor Lo Walker.

To show the practical applications of robotics in our community, the Bossier Sheriff’s Office provided a drone presentation to the teams and spectators and answered questions about its “drone patrol.” The presentation included a demonstration of the drone with thermal imaging capabilities that recently located three runaway teens who were hiding in the woods at night.

To learn more about RARC and to see pictures from previous competitions, please visit http://nicerc.org/rarc/ or www.facebook.com/CIC.NICERC.