Bossier Sheriff Julian C. Whittington began his second term by taking the oath of office today, then in turn, administered the oath to 449 employees. In the last election, Whittington ran unopposed.

Addressing the staff of the Bossier Sheriff’s Office, Whittington cited areas in which the agency is making innovations to improve public safety.

“We’ve balanced our budget,” he said, “and we’re really proud of our SRO, program, our school resource officer program. I’m proud to announce that, with the cooperation of the School Board, beginning in January, every single school in Bossier Parish will have an armed, trained Bossier Deputy.”

The sheriff said among the works in progress is an expanded 911 system, with greater ability for area agencies to cooperate in emergencies, to address increased threats to public safety, such as active shooter incidents and terror attacks.

As a result of the flooding events of the past two years, he said, “We’ve learned a lot. We’ve discovered out there on the scene what emergency equipment we need, and we’ve purchased it.”

About $3 million per year will be saved by consolidating the prison system, eliminating the Minimum Security Facility. The sheriff hastened to add that no employees will be laid off in the process, but will merely be reassigned.

Most important, he said, is the feeling of trust and confidence parish residents have in the deputies who serve them. “Expectations are high,” he said, “and they should be high. I know [our deputies] can meet any one of those expectations.” 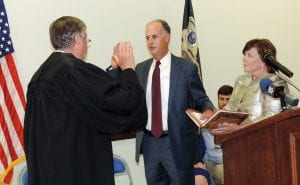 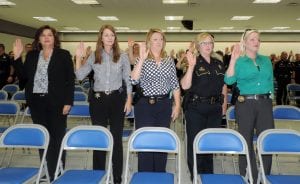