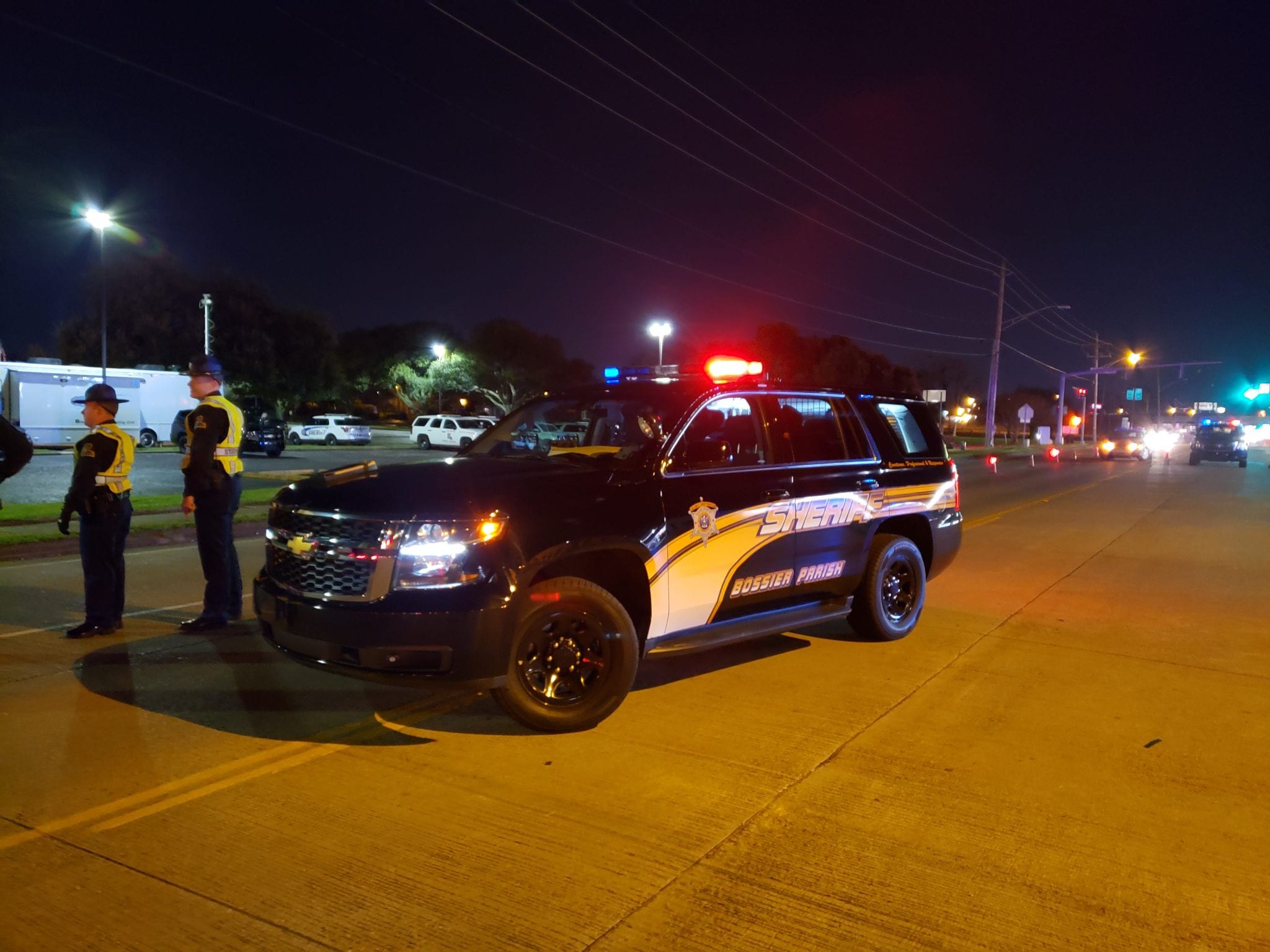 Deputies with the Bossier Sheriff’s Office and officers from other agencies made 432 car screening and 11 arrests during a sobriety checkpoint Saturday night into early Sunday morning in the 2100 block of Old Minden Road in Bossier City.

Assisting in the multi-agency, grant-funded static checkpoint that began at 9 p.m. on Saturday night and ended at 3 a.m. Sunday morning were troopers with the Louisiana State Police, officers with the Bossier City Police Department, and deputies with the Caddo Parish Sheriff’s Office.

In addition to the static checkpoint, saturation patrols were also conducted in the surrounding areas with the utilization of BSO’s Joint Criminal Apprehension Team (JCAT). 432 vehicles were contacted and screened at the checkpoint while the JCAT conducted an additional 53 traffic stops. In total, 29 standardized field sobriety tests were conducted resulting in seven DWI arrests. Deputies made an additional 4 arrests on various charges for a grand total of 11 arrests from the operation. Six traffic citations were also issued.

Deputies experienced a 100 percent compliance rate in regards to chemical tests for intoxication.
“While voluntary compliance with impaired driving laws is the ultimate goal of operations such as this, Bossier deputies will not hesitate to take appropriate enforcement action with anyone who chooses to get behind the wheel impaired,” said Sgt. Ryan Rhodes, BSO Patrol Supervisor.

The Sobriety Checkpoint was conducted as part of a grant awarded to the Bossier Sheriff’s office from the Louisiana Highway Safety Commission for DWI enforcement. Deputies were assisted on the multi-agency, grant-funded checkpoint by troopers with the Louisiana State Police, officers with the Bossier City Police Department, and deputies with the Caddo Parish Sheriff’s Office. 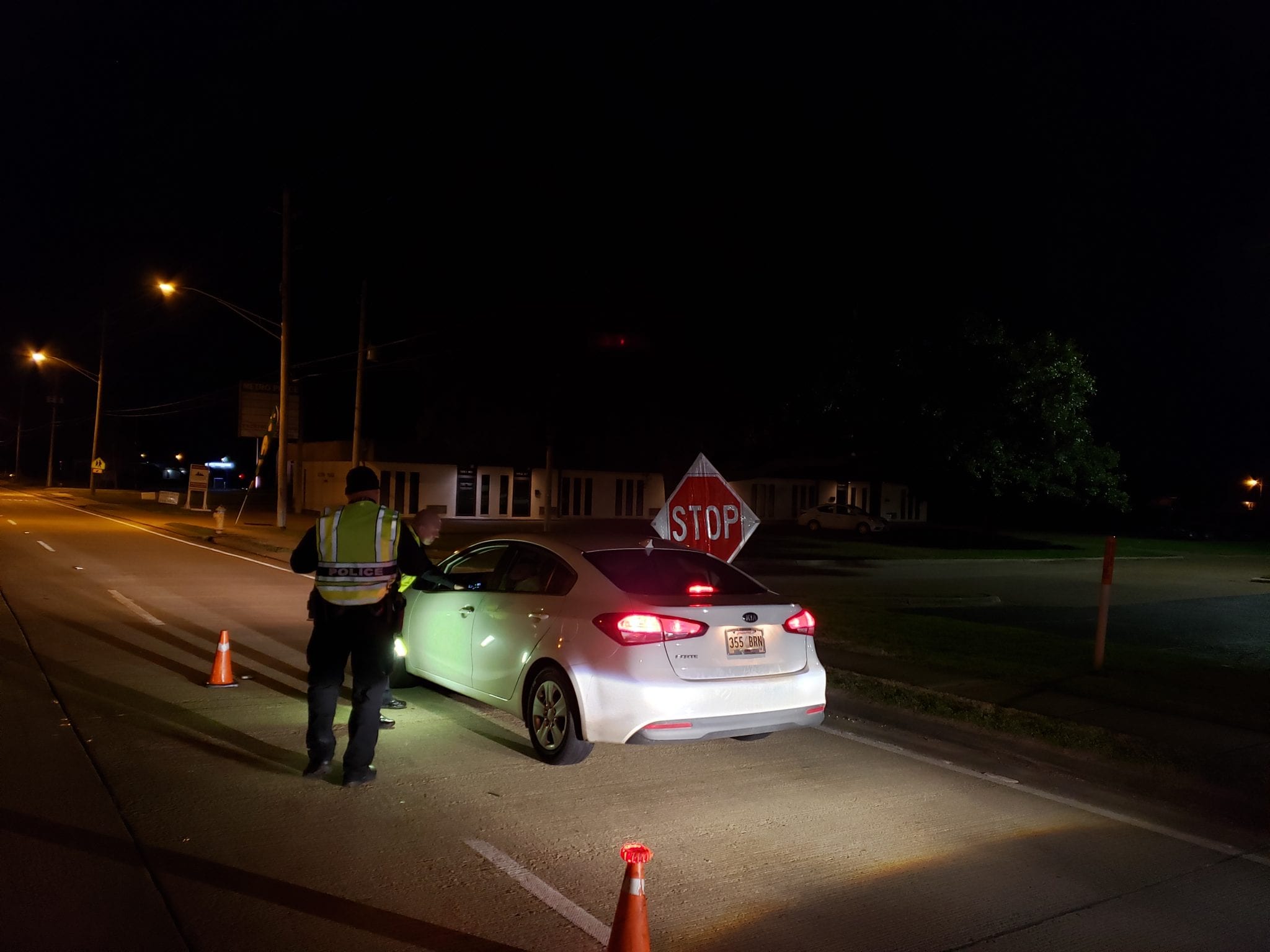 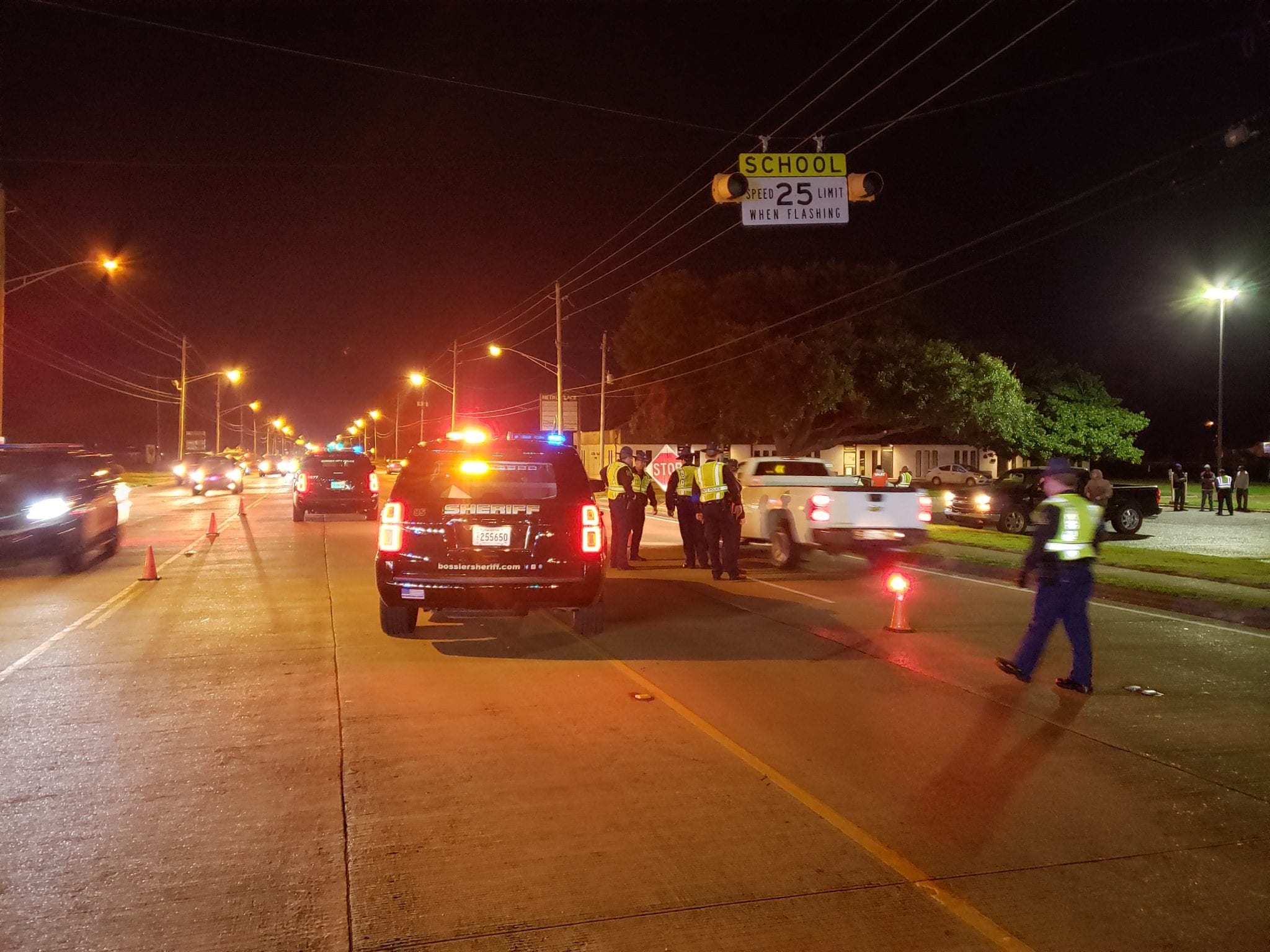 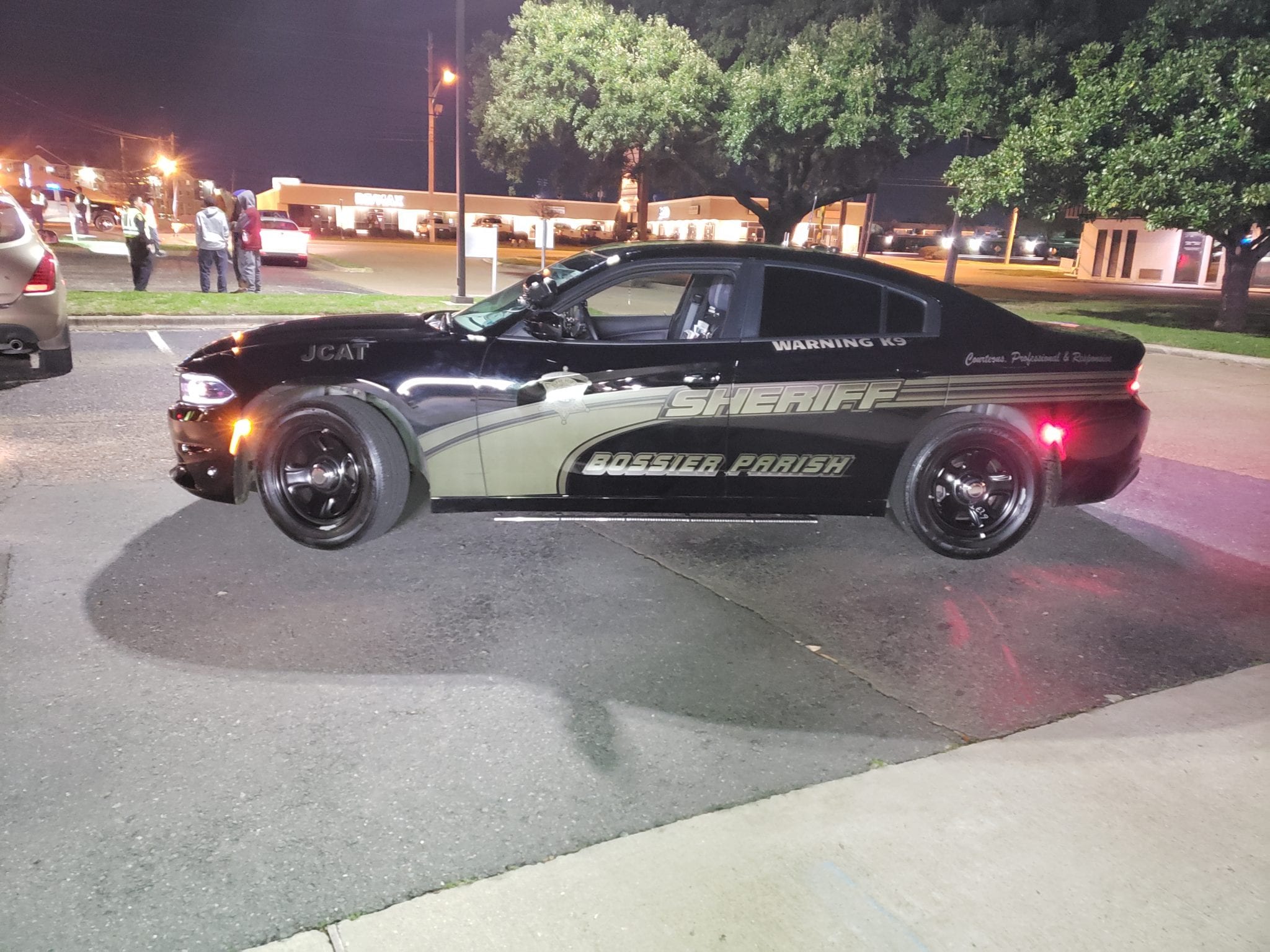