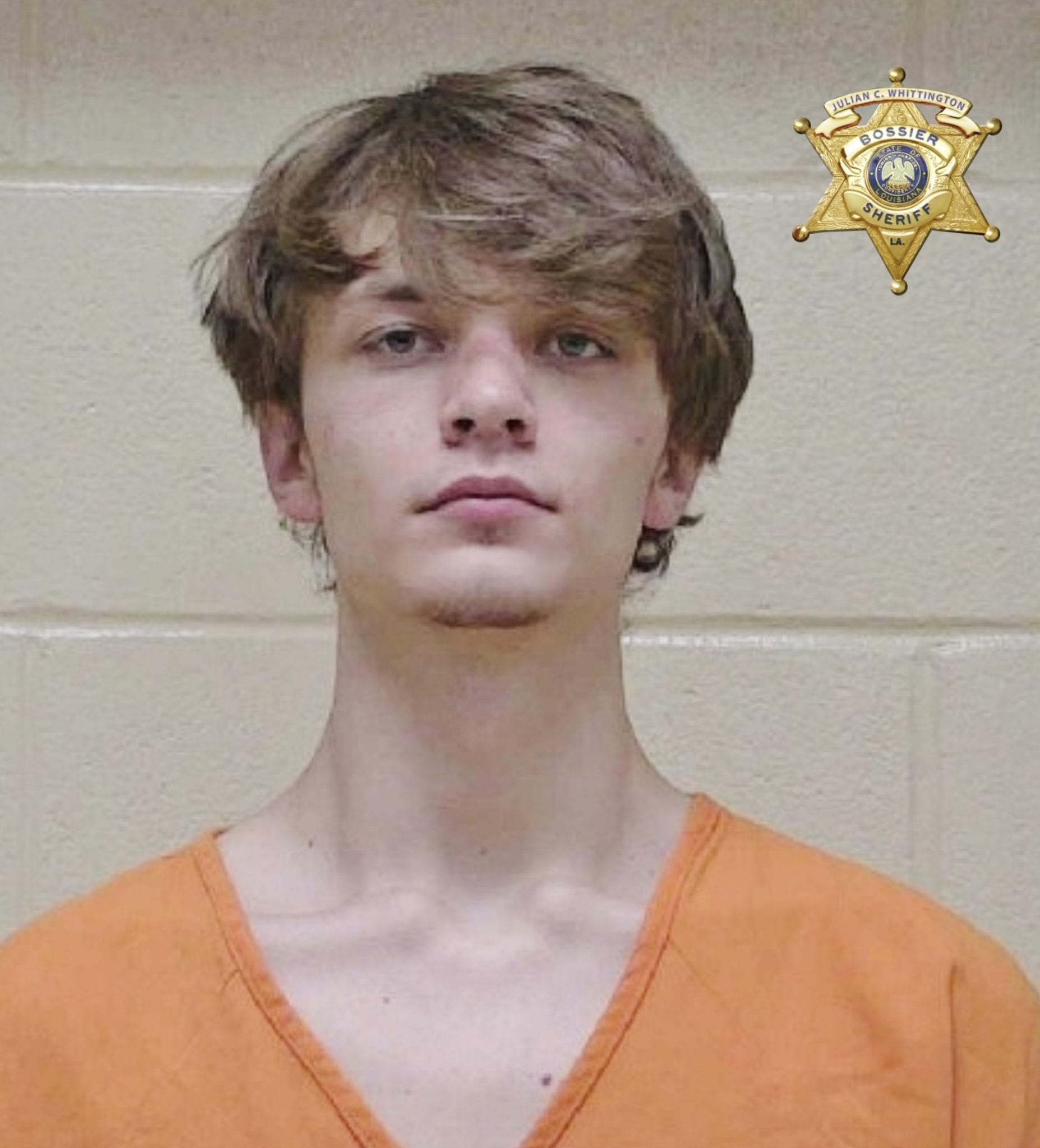 Bossier Sheriff Julian Whittington says detectives with the Bossier Sheriff’s Office re-arrested a Springhill man Friday with an additional charge of murder for the killing of a second person from a homicide in Plain Dealing back on April 12.

Steven Zane Dyer, 18, of the 800 block of Oglee Road in Springhill, was charged Friday afternoon with a second count of First Degree Murder in the death of Terry Stewart, 53, of Plain Dealing. She was injured during the shooting back on April 12 in which Dyer was initially charged with the murder of Marviel Stewart, 27. Marviel died at the scene, while his mother, Terry, was transported to Oschner LSU Health Shreveport. She was eventually transferred to Cornerstone Hospital, where she died as a result

​Bossier Sheriff Julian Whittington says detectives worked through the night and into Monday to solve a Sunday night homicide investigation in Plain Dealing that claimed a man’s life and hospitalized a woman.
Steven Zane Dyer, 18, of the 800 block of Oglee Road in Springhill, was arrested Monday afternoon by Bossier Sheriff’s Office detectives and charged with First Degree Murder and Attempted First Degree Murder. Detectives determined Dyer was an acquaintance of the man and woman who were family members and lived at the 500 block of Birch Street in Plain Dealing where Dyer shot each of them multiple times.
Bossier detectives say the homicide is still under investigation, and other arrests are possible. Additionally, the second shooting that took place less than two hours later in which someone drove by or walked by and shot at a house at E. Gilmer Street in Plain Dealing is also still under investigation. Arrests are also possible in that case.
​“Our team of detectives worked around the clock to solve this homicide,” lauded Sheriff Whittington. “The investigators had little to go on, but their tenacity to quickly and efficiently solve a first-degree murder investigation in less than 24 hours is outstanding!
“I’d also like to commend the other agencies – Plain Dealing Police, Caddo Parish Sheriff’s Office, Louisiana State Police, U.S. Marshals Service Violent Offender Task Force, Bossier City Police Department, and Bossier Parish Coroner’s Office – for their assistance in this investigation. Sadly, a man lost his life, and a woman is hospitalized, but their shooter is now behind bars.”
​Dyer was transported to the Bossier Maximum Security Facility late Monday afternoon for booking; his bond is set $700,000.

​Bossier Sheriff’s Office detectives are investigating a shooting incident Sunday night in Plain Dealing that left one man dead and a woman injured. Detectives are also investigating what appears to be a drive-by/walk-by shooting at another residence in the same area shortly thereafter.
​The first shooting occurred in the 500 block of Birch Street around 8:20 p.m. on April 12. The Bossier Parish Coroner’s Office also arrived on scene, while the injured female was transported to Ochsner’s LSU Health Shreveport; her condition is unknown.
The second shooting took place a short time later Sunday night around 10 p.m. at the 600 block of E. Gilmer Street in Plain Dealing. Investigators are determining whether the two shooting incidents are related.
Assisting Bossier Sheriff’s Office with the investigations are Plain Dealing Police Department, Louisiana State Police, U.S. Marshals Service, and Caddo Parish Sheriff’s Office.
More details will be updated as we can. In the meantime, if anyone has any information about either of these shootings, please contact Bossier CrimeStoppers at (318) 424-4100 or the Bossier Sheriff’s Office at (318) 965-2203.