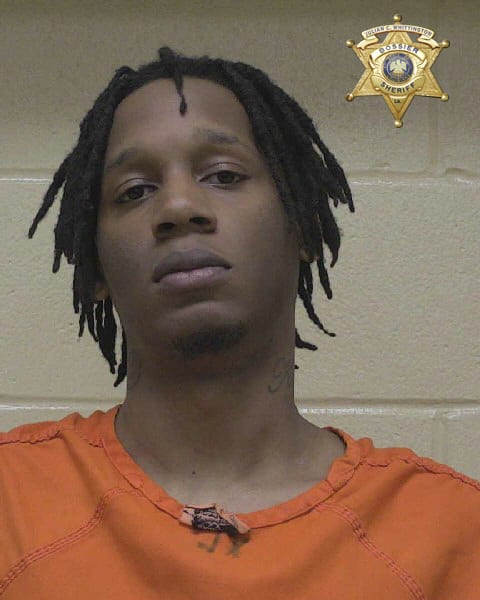 Bossier School Resource Officers arrested a man for brandishing a weapon while attending an Elementary School function early this afternoon.

Bobdrick Thomas, 24, of 100 block of E. Jordan Street, in Shreveport, was arrested after a verbal altercation with another man in the parking lot of Airline High School. School Resource Officers say Thomas pulled a handgun on the victim, causing him to fear for his safety. The incident happened outside Airline’s auditorium where the Pre-K/Kindergarten graduation ceremony for Plantation Park Elementary School was being held.

Upon arrest, Thomas gave verbal consent for deputies to retrieve the handgun from underneath the driver’s seat of his vehicle. During the retrieval of the handgun, a rolled cigar with suspected marijuana was also found in the vehicle. Post Miranda Thomas admitted to pulling the handgun on the victim and that the cigar with marijuana belonged to him.

“This incident could have been worse,” said Sheriff Whittington. “I am thankful our SRO’s were on duty to prevent this incident from further escalation, and for keeping everyone safe inside the school.”