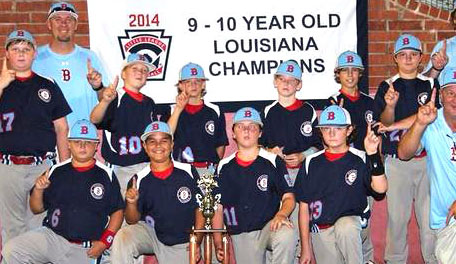 The Bossier All-Stars won the Little League 9-10 baseball state tournament with an 8-3 victory over Alexandria Wednesday night in River Ridge.

Bossier went 4-0 in the double-elimination tournament.

The state championship is the third this summer for the Bossier Little League organization.

Waxley had a three-run homer in the title game. Walters, Stewart and Staton all had hits. Cade Campbell had an RBI.