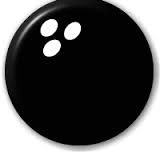 The undefeated Parkway boys and girls and the Benton boys will compete in next Monday’s Bi-Regional bowling tournament at Holiday Lanes.

The Bi-Regional will determine qualifiers for the state tournament.

The Parkway teams and Benton boys qualified in the Regional tournament at Holiday Lanes Monday.

The Parkway boys improved to 12-0 with wins over Minden and Benton in the Regional.

Parkway basketball standout Niki Edwards bowled a 230 and had a team-high 656 series against Minden. Ladarius Williamson bowled a 225 and Desti Meza a 218.

Benton defeated Airline 17-10 in the first round. The Tigers advanced with a 22-5 victory over Loyola in the third round.

Benton’s Zachary Fussell had a team-high series of 495 against Airline with a high game of 182. Bryan Ulmer bowled Benton’s best game, a 205. Kyle Barless had a 187.

Fussell had a high series of 520 against Loyola. Austin Sepeda bowled a 179 and Barless a 170.

Three Airline boys — Nick Mendones (172 average), Courtland Carey (171) and Chase Harrell (159) — advanced to the Bi-Regionals as individuals. Haughton’s Zach Gardner didn’t advance but had one of the best games of the Regional with a 245 in a loss to Byrd.

Nichole Taylor led the Lady Panthers with a high series of 521 and a high game of 202. Rachel Landry bowled a 143 and Cariyen Torres a 140.

Haughton defeated Loyola 21-6 in the first round. Victoria Davis had a high series of 417 and a high game of 147. Amber Simmons bowled a 146 and Samantha McCain a 127.